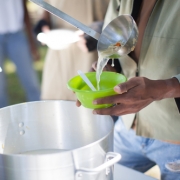 Therefore, brethren, seek out from among you seven men of good reputation, full of the Holy Spirit and wisdom, whom we may appoint over this business (Acts 6:3)

Acts 6 tells us there was a problem among the first Christians. Because they were so generous, there was money to help the widows among them who couldn’t support themselves. But there was a disagreement about how that money for the widows was given out. 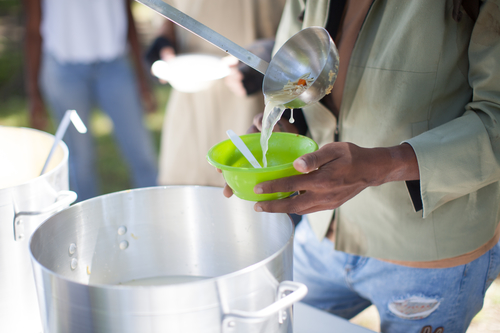 They brought the problem to the apostles and Acts 6:3 says that the apostles spoke to the general group of believers (the “multitude of the disciples” mentioned in Acts 6:2) and pursued the solution with a lot of communication and input from among the people. They even asked those – probably especially those who felt wronged – to seek out from among you men of good character to do this work.

No doubt, there were some people who suggested that the apostles should themselves give more direct attention to the distribution of help to the widows. Instead, they delegated and brought more people into doing the work of ministry. Meeting unmet needs is a great way to bring more people into ministry.

But the congregation had to choose men who were of good reputation, full of the Holy Spirit and wisdom. These qualifications focused the character of the men to be chosen. The apostles were far more concerned with the internal quality of the men than their outward appearance or image. They didn’t ask for the most popular or best-looking men; they asked for men of character. Because the men were of good reputation, the church family would have confidence in, including the ones who complained.

The idea behind full of the Holy Spirit and wisdom is that these men were to be both spiritually minded and practically minded. This can be a hard combination to find, but they found seven men who were qualified and willing.

These seven men were to be chosen for simple, practical service. Yet it was important that they be well qualified for several reasons.

So they could effectively do the job.
So they would well-represent the apostles and the church as a whole.
So their recognized positions would not lead to pride or arrogance.

Not Sour, Not Sweet
Scroll to top