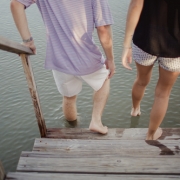 But do not listen to Hezekiah, lest he persuade you, saying, “The LORD will deliver us.” Has any of the gods of the nations at all delivered its land from the hand of the king of Assyria?…. Who among all the gods of the lands have delivered their countries from my hand, that the LORD should deliver Jerusalem from my hand? (2 Kings 18:32-33, 35)

The enemy who spoke these words was the general of the Assyrian army. That army had recently conquered the kingdom of the ten northern tribes of Israel, as well as several other surrounding kingdoms. That army had taken every other significant city of the kingdom of Judah – only Jerusalem remained. 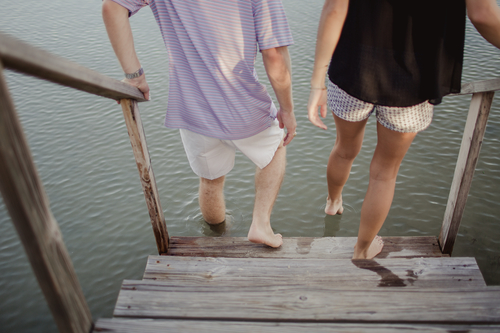 Jerusalem had not fallen yet, but it was surrounded by this mighty army, and it didn’t look like it would last long. This Assyrian general (called “the Rabshakeh”) shouted to the people of Jerusalem these words. He wanted to glorify the Assyrian king, his master. But he also wanted the people of God to doubt their king, so he said, do not listen to Hezekiah. He hoped the common people of Jerusalem would overthrow their king, who still resisted the Assyrians.

This pagan general wanted to do everything he could to get the people of God to lose their faith in the LORD and to fill them with fear. The Rabshakeh wanted to make the people of God so afraid that surrender would seem like a better option. He said that if they would only surrender, the Assyrian king would treat them well.

All of what the Rabshakeh said up to that point was persuasive. It would seem that the leaders and people of Jerusalem were about ready to give up. But that Assyrian general would not stop – he went on to speak directly against the God of Israel.

This is what he said: Has any one of the gods of the nations delivered its land from the hand of the king of Assyria? The Rabshakeh’s speech was intended to destroy their trust in God. His message was simple, and brilliant in its Satanic logic: “The gods of other nations have not been able to protect them against us. Your God is just like one of them and can’t protect you either.”

For anyone who had the spiritual understanding to see it, the people of Jerusalem could have started planning the victory party right then.

It was one thing to speak against Judah, against its people and leaders. It was another thing altogether to mock the LORD God of Israel and to count the LORD as just another god.

Typical of the work of the enemy of our souls, the Rabshakeh was going well until he simply overstepped his bounds. There was no way God would excuse this one. He had offended the LORD God in a way he would soon regret.

When God’s honor is on the line, victory is assured. Trust in the LORD and rest in that today!

When Leaders Are Afraid
Scroll to top