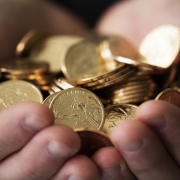 So Hezekiah gave him all the silver that was found in the house of the LORD and in the treasuries of the king’s house. At that time Hezekiah stripped the gold from the doors of the temple of the LORD, and from the pillars which Hezekiah king of Judah had overlaid, and gave it to the king of Assyria. (2 Kings 18:15-16)

Hezekiah was a good king over the people of God. In fact, he was one of the better kings of Judah, but apart from Jesus Christ no king is perfect. Here we see one of the bad or foolish things that Hezekiah did. 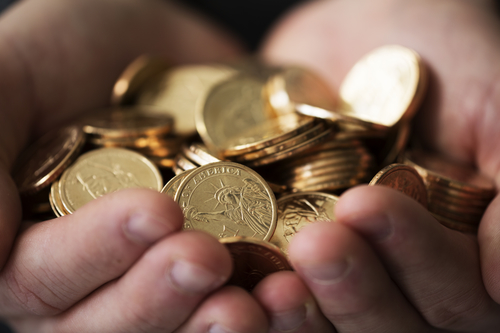 When the king of Assyria conquered the northern kingdom of Israel, he attacked the southern kingdom of Judah next. He conquered many of the fortified cities. The mention of Lachish is important to historians and archaeologists. The British Museum displays the Assyrian carvings depicting the siege of the city of Lachish, which was an important fortress city of Judah. Lachish was thirty miles (50 kilometers) southwest of Jerusalem.

In the British Museum there is a wall carving from Sennacherib’s royal palace in Nineveh. It shows King Sennacherib on a throne in his military camp outside Lachish. Captured Judean prisoners of war march by on foot, and all the booty from the city is displayed on wagons.

After Lachish, only Jerusalem was left. If Assyria captured Jerusalem, it was all over. So, King Hezekiah sent a message to Lachish for the King of Assyria. In the message he humbled himself before the pagan king. He apologized and offered to pay a large tribute to Sennacherib so that he would not conquer Jerusalem.

Maybe Hezekiah thought that since the Northern Kingdom was recently conquered and that all the fortified cities of Judah had been captured, God had demonstrated that He would not intervene on behalf of Judah. Maybe this made Hezekiah feel that he had to do something himself.

It could be that this idea was strengthened in Hezekiah when he remembered the wickedness of his own father Ahaz. Maybe Hezekiah thought that because of their prior sin, Judah deserved such judgment.

What did Hezekiah do? So Hezekiah gave him all the silver that was found in the house of the LORD and in the treasuries of the king’s house. Hezekiah hoped that this policy of appeasement would make Judah safe. He was wrong, and his policy only impoverished Judah and the temple and made the king of Assyria bolder than ever against Judah.

King Sennacherib took all the silver and gold that Hezekiah gave. But it didn’t buy him off. He took it all and still wanted Jerusalem and Hezekiah’s throne.

Don’t think you can ever make a deal with the devil. You can try to “buy him off” with small compromises and sins. But Satan will never be satisfied with those things. He will take them – and then go after your soul. Do what Hezekiah should have done: trust the LORD instead.

For Him, Through Him, To Him