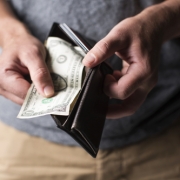 Then the king of Syria said, “Go now, and I will send a letter to the king of Israel.” So he departed and took with him ten talents of silver, six thousand shekels of gold, and ten changes of clothing. (2 Kings 5:5)

This verse concerns a general in the army of Syria named Naaman. Naaman was a great and honorable man, and a man of great courage and strength (2 Kings 5:1). He was a success by almost any measure, but he was a leper. His leprosy was not only a disgusting disease, but it was also a death sentence. Eventually he would die from this normally incurable disease. 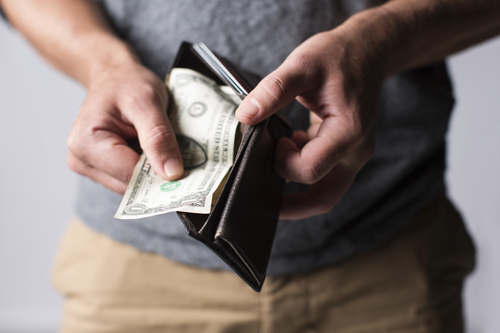 Through a servant girl, Naaman heard that there was a prophet in Israel who could heal him. Elisha was a true prophet of the living God, and though the he could not do miracles simply as he pleased to do them, God used him many times to do miraculous things.

Naaman asked his boss – the king of Syria – if he could go to enemy territory (Israel) to ask a prophet among Syria’s enemies for healing from this disgusting, deadly disease. The king gave permission, and Naaman went.

Our verse tells us that Naaman brought the following things to pay the prophet who could heal him: ten talents of silver, six thousand shekelsof gold, and ten changes of clothing. Here’s the point: this was a lot of money. A talent was generally thought to be about 33 kilograms (75 pounds). At today’s prices, ten talents of silver were worth $158,934. A shekel can be estimated to be 12 grams (.42 ounces). At today’s prices, six thousand shekels of gold were worth $2,978,640. We can give a low estimate of ten changes of clothing in today’s prices to be $5,000.

More than $3 million is a lot of money, but all that money couldn’t bring Naaman life or happiness. Naaman was willing to spend that much to get something that God would give him freely. If they could, what would people pay to get to heaven? To be made right with God? To have true, meaningful purpose in life? To have their guilt erased? Their sins forgiven?

Naaman needed something that only God could bring to him, and God would bring it through a prophet – a man of God’s word.

God and His word have treasure for you that money can’t buy. In a prayer to God, Psalm 119:72 says, the law of Your mouth is better to me than thousands of coins of gold and silver. Naaman was about to receive something that money could not buy.

Have you received the greatest things from God? The things that money can’t buy?