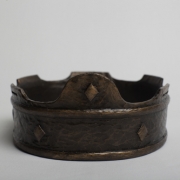 Now when you arrive at that place, look there for Jehu the son of Jehoshaphat, the son of Nimshi, and go in and make him rise up from among his associates, and take him to an inner room. Then take the flask of oil, and pour it on his head, and say, “Thus says the LORD: ‘I have anointed you king over Israel.’” Then open the door and flee, and do not delay. (2 Kings 9:2-3)

In the days of Elijah and Elisha, there was some kind of association for the training of young men in the service of the LORD. It was something of a “school of the prophets” and the men who were part of the association were called “sons of the prophets.” 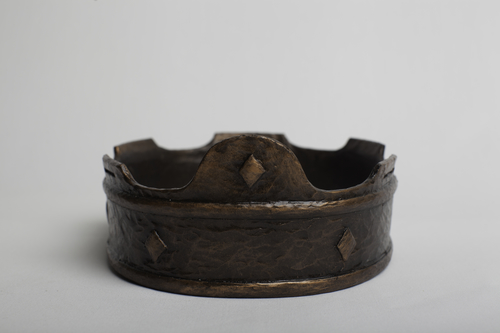 The words of 2 Kings 9:2-3 are from the Prophet Elisha to one of these sons of the prophets. The elder prophet gave this young man something of a class assignment: go to Ramoth Gilead and find Jehu the son of Jehoshaphat.

After he found Jehu, he was to take him to an inner room and, in a ceremony of anointing for leadership, pour oil upon the head of Jehu. As the oil flowed down Jehu’s head, the young prophet was to say: “Thus says the LORD: ‘I have anointed you king over Israel.’”

Now at that time, there was already a king over Israel – a man named Joram, the son of Ahab. But as far as God was concerned, the reign of Joram and the dynasty he represented was over. Jehu the son of Jehoshaphat would be the next king.

I think this is remarkable. The kingdom of Israel – the ten northern tribes – had thoroughly rejected God. It was hard to think of a worse king than Ahab, and his son Joram would be just as bad. Even though they had abandoned God, God had not abandoned them. The LORD would still raise up kings and cast down kings as He pleased.

Sometimes people think that they can really get away from God. They think that if they ignore God and pretend He doesn’t exist, that God will ignore them and pretend they don’t exist. It doesn’t work that way. The LORD God reigns over all the earth. We can accept it or reject it; we can believe it or deny it; but He will still reign no matter what we do.

Let that truth give you some peace today. Why do we struggle against God? Why are we so discouraged when others seem to resist Him? We need a greater confidence in the truth that God refuses to leave His throne just because some people don’t recognize His reign.

Who was that young prophet that Elisha sent to Jehu? We don’t know. Some old Jewish traditions say that it was Jonah, but we don’t know for certain. What we do know is that God was still showing that He was and is God.