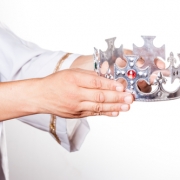 And he brought out the king’s son, put the crown on him, and gave him the Testimony; they made him king and anointed him, and they clapped their hands and said, “Long live the king!”(2 Kings 11:12) 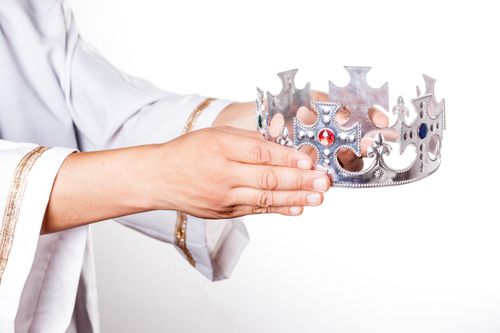 A godly woman named Jehosheba hid young Joash at the time of the massacre, and the boy was raised in secret. But when he was six years old, it was time to reveal the true king of Judah.

It was a dramatic moment. For six years everyone believed there was no surviving heir to David’s royal line, and there was no legitimate ruler to displace the wicked Athaliah. The secret had to be secure, because the Joash would be immediately killed if his existence was revealed. At the right time, they brought out the king’s son. Notice how all this took place, step by step.

First the king’s son had to be revealed(brought out). No one could support him and he could not take his rightful throne until he was brought out before the people.

Next the king’s son had to be crowned(put the crown on him). This was the public and official recognition of him as king.

The king’s son had to come with the Word of God(theygave him the Testimony). Joash appeared before the people holding the scrolls of God’s Word.

The king’s son had to be received(they made him king). He had the royal right to impose his reign, but he instead allowed his rule to be received.

The king’s son had to be anointed(they anointed him). He could never fulfill his office without a divine anointing.

The king’s son had to be praised(they clapped their hands and said, “Long live the king”). The king’s son received praise once he was recognized as their king.

We can and should follow the same pattern in our reception of Jesus Christ, the True King’s Son.

– Believe upon Jesus as God’s Messiah (Anointed One).

– Praise Jesus as the enthroned King.

But remember: you have to reject the false ruler (in 2 Kings 11, Queen Athaliah) before you can truly embrace the true king (in 2 Kings 11, Joash). We renounce every pretended king to receive and praise King Jesus, the eternal king. So we say, “Long live the King!”