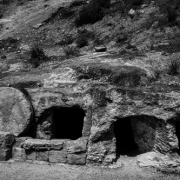 Then Elisha died, and they buried him. And the raiding bands from Moab invaded the land in the spring of the year. So it was, as they were burying a man, that suddenly they spied a band of raiders; and they put the man in the tomb of Elisha; and when the man was let down and touched the bones of Elisha, he revived and stood on his feet. (2 Kings 13:20-21)

Elisha became sick, the illness ran its course, and Elisha died. He was not carried up into heaven the way his mentor Elijah was. That was not God’s plan or will for Elisha. Like countless others before and after him, Elisha simply became old, sick, and then died. Then they buried him. 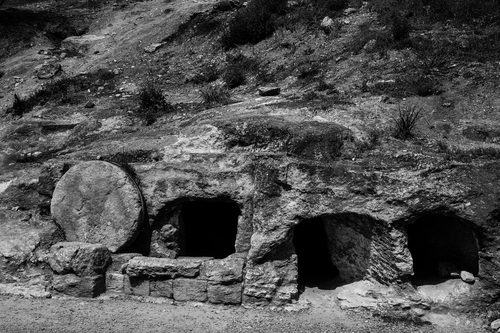 Some time after Elisha was buried, a strange thing happened. As some Israelites were burying a man, a group of violent thieves (raiders) came upon them. In a hurry, they put the man in the tomb of Elisha. Now for the strange thing: When the man was let down and touched the bones of Elisha, he revived and stood on his feet.

This is one of the more unusual miracles in the Bible. There is no explanation about how or why this happened, and this silence suggests that there was no magic in the bones of Elisha to bring anyone else to life. If there was, there would be a long line of people bringing their dead loved ones to Elisha’s tomb! Instead, this was a unique, one-time miracle to bring honor to the memory of this great prophet.

As such, this passage should never be used as an excuse for the superstitious practice of the veneration (or worship) of relics. In churches all over the world, there are what are claimed to be the bones or bits of this or that saint, or pieces of the cross, or whatever. These should be regarded as frauds that invite idolatry.

As well, this passage should never be used as an excuse for the bizarre practice of laying upon or touching the graves of men or women of God from the past, thinking that some kind of magical power can come through such contact.

As Adam Clarke wrote, “This is the first, and I believe the last, account of a true miracle performed by the bones of a dead man.” The strange incident of 2 Kings 13:20-21 was the beginning and the end of it.

Yet, there are two wonderful points of application. First, we can also be brought to life by our contact with these dead prophets — not through their bones, but through their words. Read what God gave us through the apostles and prophets; read God’s word. God brings the dead to life through a word.

Second, remember there is a tomb that brings life — but this is the empty tomb of Jesus, risen from the dead. We’re grateful that there are no bones in the tomb of Jesus, and that in Him we are promised eternal life.

Two or Three
Scroll to top