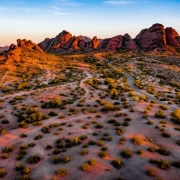 Now an angel of the Lord spoke to Philip, saying, “Arise and go toward the south along the road which goes down from Jerusalem to Gaza.” This is desert. So he arose and went. (Acts 8:26-27a)

There’s nothing like a season where God moves in power. There is a real sense of God’s presence and effective working day to day, and sometimes hour to hour. Some people call such seasons “revival” or “spiritual awakening,” but whatever one calls them, they are wonderful.

Acts 8 describes just such a season in Samaria, a city in the region in between Judea and Galilee. One description of it is in Acts 8:6: And the multitudes with one accord heeded the things spoken by Philip, hearing and seeing the miracles which he did. Acts 8:8 simply says, there was great joy in that city. 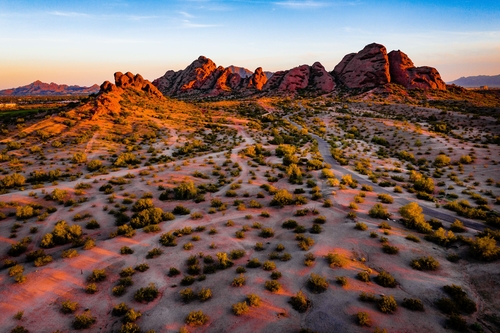 In such wonderful seasons of God’s work, He uses people like you and me. Philip was just such a man used by God in Samaria. He saw this outpouring of God’s Spirit and experienced the miraculous first-hand.

I wonder if Philip first thought this was bad news. “Leave this amazing work God is doing in Samaria? I don’t want to do that. Why can’t I stay here much longer and be part of it all?”

I wonder if the new Christians in Samaria thought this was bad news. “Philip can’t leave us. God has used him so mightily. How can the work of God go on if Philip leaves?”

I wonder if it was even stranger because of where God told Philip to go: this is desert. If I heard a call to leave such a blessed, fruitful ministry and go to a desolate place, I might think it was the devil speaking and not the Lord. It seems foolish to leave a place of prospering ministry and to go a desert road.

If it were me, I might think, “Not now” or “Not me” or “Not there.” Leaving fruitful ministry to go to a desert is crazy from man’s perspective, but it is wise if God directs it.

That’s why I love the words that begin Acts 8:27: So he arose and went. Philip loved God more than he loved the success of God’s work. I’m sure he was a bit sad to leave and was uncertain about what God had in front of him. But God was leading, and Philip followed. Good things were going to happen.

The work in Samaria continued just as God wanted it to. God’s workmen change, but God’s work goes on.

Dear friend, stay close to Jesus. Enjoy seasons of great fruit and blessing, but don’t make an idol of them. God will be with you where He leads you – as Philip was about to find out.