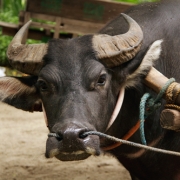 Then the Lord said, “I am Jesus, whom you are persecuting. It is hard for you to kick against the goads.” (Acts 9:5)

Saul of Tarsus was a rising young rabbi in the Jewish community of the first century. His world radically changed one day as he traveled to Damascus. Not far from the city, Jesus revealed Himself to Saul, and Acts 9:5 records three essential truths Saul learned in one moment.

First, Jesus identified Himself to Saul: I am Jesus. At the time, Saul’s life was consumed with a hatred of the followers of Jesus. He though Jesus was a dead criminal who deserved to die. But when Jesus spoke to Saul from heaven, he learned the truth: Jesus Christ was alive, risen from the dead, just as the followers of Jesus claimed. 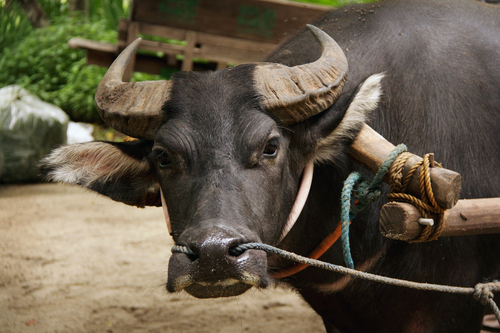 Second, Jesus told Saul who he was really attacking: I am Jesus, whom you are persecuting. Saul thought he fought against a group of deceived fanatics. He instantly discovered that he was attacking God Himself, the voice that spoke to him from heaven.

Finally, Jesus told Saul how futile and self-defeating his persecution was: It is hard for you to kick against the goads. This statement from Jesus was first recorded in Acts 22:10 and 26:14, and was probably added here by later copyists. The picture was powerful.

A goad was a long, extremely sharp stick used to get an ox going the way you wanted when plowing. One jabbed the hind legs of the ox with the goad until the ox cooperated.

Essentially, Saul was the ox; Jesus was the farmer. Saul was stupid and stubborn – yet valuable, and potentially extremely useful to the Master’s service. Jesus goaded Saul into the right direction, and the goading caused Saul pain. Yet instead of submitting to Jesus, Saul kicked against the goad – and only increased his pain.

Something was goading Saul’s conscience. Despite all his outward confidence, there was something bothering him inside. He kicked against it to be sure, but it was still there. The unease may have started with Stephen’s prayer (Acts 7:57-60).

It is not too much to say that if we will not ask the two great questions of these verses (“Who are You, Lord?” and “What do You want me to do?”) and will not obediently listen to God’s answers, then we act like stupid oxen.

We may complain that God compares us to oxen, and indeed it is an unfair comparison. After all, what ox has ever rebelled against God as we have? God almost owes an apology to oxen!

Yet, notice the compassion in Jesus’ words to Saul, and to us: It is hard for you. “Saul, this rebellions way is a hard path you have chosen. I have come to show you a better way.”

Jesus was the persecuted one, yet He cared that it was hard on Saul. Even when your sin makes it hard for you, Jesus cares – and calls you to a better path.