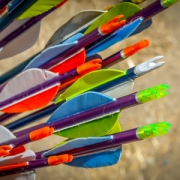 Then he said, “Take the arrows”; so he took them. And he said to the king of Israel, “Strike the ground”; so he struck three times, and stopped. And the man of God was angry with him, and said, “You should have struck five or six times; then you would have struck Syria till you had destroyed it! But now you will strike Syria only three times.” (2 Kings 13:18-19)

The King of Israel was with the dying prophet Elisha, and Elisha told him to shoot some arrows out a window in the direction of Israel’s enemy, Syria. In telling him to do it, Elisha made a connection between the shooting of the arrows and the opportunity for a victory to come over the Syrian army. Each arrow represented a battle won, the LORD’s deliverance of Israel against Syria. 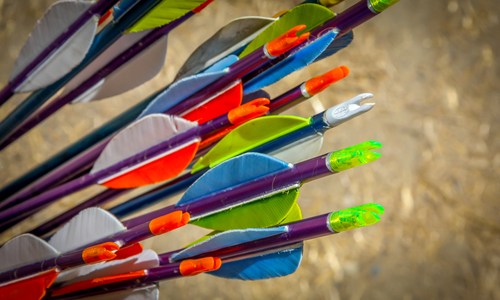 But when King Joash had the opportunity to boldly take this promise of God and gain much, the king shot three arrows and stopped. He did not sense what he should have – that each arrow represented a victory in battle over the Syrians, and he should have received the prophet’s invitation with more boldness.

Because King Joash did not seize the strategic moment, the man of God was angry with him. The prophet Elisha was angry because now Israel would enjoy only three victories over the Syrian army, instead of the many more they could have enjoyed.

There are many situations in which we should keep “shooting the arrows,” but we content ourselves with a small effort. God wants us to press forward, and we hold back. So, don’t hold back!

When God invites us to take something by faith, we should receive it boldly, and honor God by not falling short, by receiving all He wants to give. We should ask Him knowing that He is a great King and giver who is honored by bold, reverent requests.

We think of all the excuses that Joash could have made; yet none of them were valid.

Brothers and sisters, when God opens a door or gives you an opportunity, make the most of it. “Keep shooting” until God tells you to stop!