Then Philip went down to the city of Samaria and preached Christ to them. And the multitudes with one accord heeded the things spoken by Philip, hearing and seeing the miracles which he did…And there was great joy in that city. (Acts 8:5-8)

At the very end of Jesus’ earthly ministry, He commanded the disciples to preach the gospel to all the earth – first in Jerusalem, then in Judea, then to Samaria, and then to the ends of the earth. For the most part, the very first Christians were not interested in taking the gospel to the Samaritans. But Philip went down to the city of Samaria and preached Christ to them. Curiously, none of the apostles led this mission. It was up to one of the deacons of the early Church – this man named Philip. When the Christians were scattered because of the persecution following Stephen’s death, Philip went to Samaria. 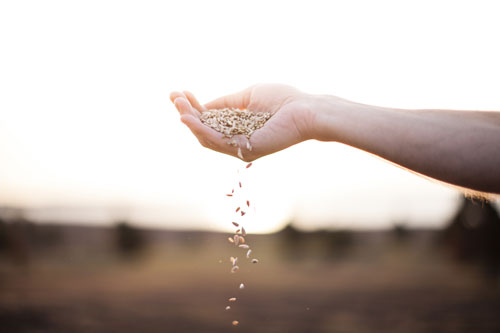 Who were the Samaritans? 600 years before Philip’s time, the Assyrians conquered this part of northern Israel and then deported all the wealthy and middle-class Jews from the area. They then moved in a pagan population from afar. Those pagans intermarried with the lowest classes of the remaining Jewish people in northern Israel, and from these people came the Samaritans. There was therefore a deep-seated prejudice – almost hatred – standing between the Jews and the Samaritans. You might remember that in the Gospel of Luke (Luke 9:51-56) James and John once thought that the Samaritans were only good for being burned up by God’s judgment.

Jesus didn’t feel that way about the Samaritans. He was never prejudiced against people just because of their nationality or ethnic background. The resurrected Jesus touched the life of Philip, so there was no room for this kind of prejudice in his heart. He wasn’t a racist towards the Samaritans.

Philip came to the Samaritans presenting the gospel, with signs and wonders following as an impressive confirmation. When the people found Jesus, there was great joy in that city. There were spectacular results from Philip’s ministry. We can say that one reason there was such fruit was that Jesus had already sowed the seeds in Samaria during His ministry (see John 4:1-26). Now Philip reaped the harvest. Of course there was also a harvest when Jesus and the disciples did the work in John 4, but this work of Philip was a second harvest following on the first.

Jesus sowed the seeds and Philip reaped the harvest. The Apostle Paul used this same picture to describe the working of ministry: I planted, Apollos watered, but God gave the increase (1 Corinthians 3:6). The harvest is glorious – but can never happen unless the seeds are planted to begin with. Therefore no one can say that it is more important to reap the harvest than it is to sow the seeds. Both are necessary.

Perhaps right now you don’t see as much “fruit” as you would like to see in the things you do to honor God. Consider that perhaps you are sowing seed for a later harvest. Perhaps someone else will reap that harvest.

Can you be at peace with this way God works? Can you serve Him, in whatever way He leads, knowing that you might plant the seeds but someone else might reap the fruit? It means we have to trust the Master Farmer to know how to best organize the sowing and the reaping – and then we must get about the work He sets in front of us.