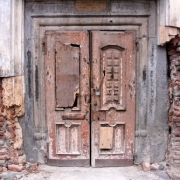 And Elisha sent a messenger to him, saying, “Go and wash in the Jordan seven times, and your flesh shall be restored to you, and you shall be clean.” But Naaman became furious, and went away and said, “Indeed, I said to myself, ‘He will surely come out to me,and stand and call on the name of the Lord his God, and wave his hand over the place, and heal the leprosy.’ Are not the Abanah and the Pharpar, the rivers of Damascus, better than all the waters of Israel? Could I not wash in them and be clean?” So he turned and went away in a rage. (2 Kings 5:10-12)

When the great Syrian general Naaman came to Elisha to be healed of his leprosy, he expected to be treated like a great man. He came with all the emblems of influence and power, and a lot of money. 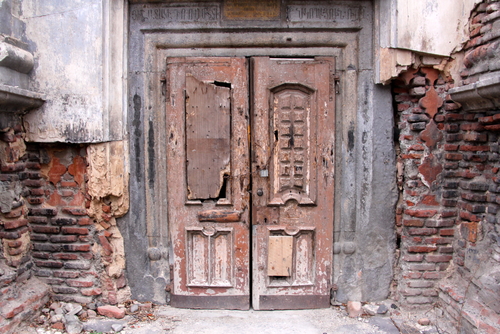 When he knocked at Elisha’s door, the prophet didn’t bother to answer. He sent a messenger to him instead. Naaman took the trouble to come to the home of Elisha, but Elisha refused to meet him personally. He simply sent a messenger. This was humbling to Naaman, who was usually honored.

Elisha’s message was simple. For healing, he told Naaman to wash himself in the Jordan River seven times. As rivers go, the Jordan was a pretty humble river. And, dunking yourself seven times is something so simple a child could do it.

Naaman’s reaction shows how Elisha offended the general’s pride. Naaman was offended that Elisha himself didn’t see him and because they had much nicer rivers in Syria.

Naaman then turned and went away in a rage. Naaman had a certain expectation about how God should work, and when God didn’t work that way, he was angry. Naaman didn’t like how Elisha expected a humble response from the respected and honored general.

What Elisha offended was Naaman’s pride. In one way or another, our pride will always be offended with God’s work. One of my favorite verses in the Bible is found in three places (James 4:6, 1 Peter 5:5, and Proverbs 3:34): God resists the proud but gives grace to the humble.

As long as Naaman stayed in his pride, he would not and could not receive what God wanted to give him. God required that Naaman humble himself in order to receive, so God guided Elisha to give humbling conditions to the great general.

Is pride preventing you from receiving something from God? Put your focus on the humble Jesus (Philippians 2:5-8) and let Him guide you into true humility. Who knows what God has to give you that you haven’t received yet?

Ready for a Crown
Scroll to top