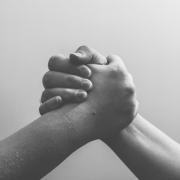 He took his brother by the heel in the womb, and in his strength he struggled with God. Yes, he struggled with the Angel and prevailed; he wept, and sought favor from Him. He found Him in Bethel, and there He spoke to us. (Hosea 12:3-4)

Through the Prophet Hosea, God spoke to Israel by an ancient name – Jacob. Jacob was famous because at his birth, he took his brother by the heel in the womb. He literally came out of the womb with his hand on his brother’s heel (Genesis 25:26).

As God looked back at the patriarch Jacob, He saw that Israel in Hosea’s time was just like their forefather Jacob in the days of Genesis. In ancient Israel, a “heel-catcher” was a double-dealer, someone who achieved their goals through crafty and dishonest ways. Through Hosea, God said, “That was Jacob then and it is Israel now.” 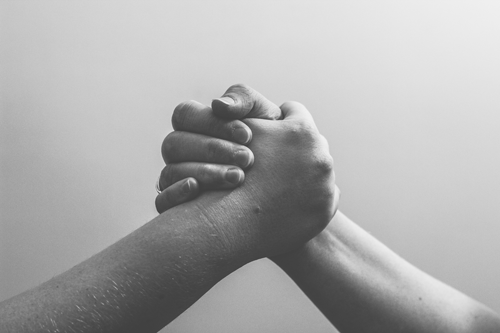 Then, the prophet did a fast-forward and looked at another event in the life of Jacob, when in his strength he struggled with God. The prophet recalled the struggle between Jacob and the Man of Genesis 32:24-30. Jacob refused to submit to God, so God demanded submission from him in a literal wrestling match.

In Genesis 32, Jacob had one of the most fantastic athletic contests of all time – a wrestling match with God. We may speak spiritually of wrestling with God in prayer, or wrestling in spiritual warfare, but Jacob’s wrestling was physical and spiritual. He was locked in competition with God in human form.

Hosea’s words he struggled with God reinforce a point already made clear in Genesis 32:24-30: Jacob wrestled with God in human form. Since this was a unique messenger from heaven, He is also appropriately described as an Angel of the Lord.

Inspired by the Holy Spirit, Hosea emphasized two more details from the Genesis 32:24-30 account: Jacob prevailed, and he wept. Jacob prevailed in the only way anyone can when they struggle against God: he lost, he accepted it, and he surrendered to God.

How do you wrestle with God? There are many ways we can resist Him. Our resistance may not be physical, but it is still real. When you struggle against God, the only way to win is by losing.

Notice also that Jacob wept. This was how desperate and broken he was as he hung on to God, begging for a blessing. Jacob lost the athletic contest, but he won spiritually. He clung to God until blessing was promised.

Losing when you struggle against God is a good thing. It is good to remember that He is the Creator and I am the creature. He is the King and I am a subject. He is God and I am not. He has won me over. You can win when you fight God by letting Him win you over.

A Most Unpopular Preacher Passage
Scroll to top