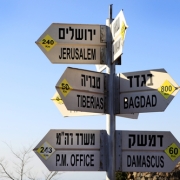 Then Saul, still breathing threats and murder against the disciples of the Lord, went to the high priest and asked letters from him to the synagogues of Damascus, so that if he found any who were of the Way, whether men or women, he might bring them bound to Jerusalem. (Acts 9:1-2)

We last saw Saul in Acts 8:3, where it says that he made havoc of the church, entering every house, and dragging off men and women, committing them to prison. The picture of Saul here in Acts 9 is of an angry, violent man absolutely convinced of his own righteousness. Saul was still breathing threats and murder against the disciples of the Lord. Notice that Saul hated the disciples of the Lord. 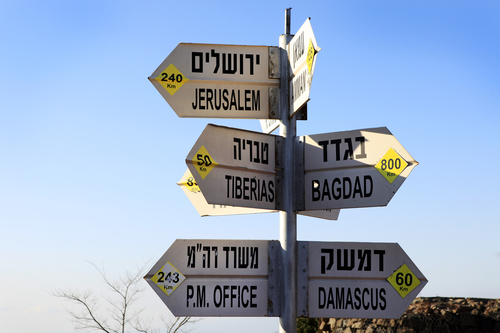 This angry man went to the high priest to get approval for further attacks. Saul did his persecuting work under the direct approval of the highest religious authorities. He asked and received letters from the high priest authorizing his mission.

The high priest mentioned here was Caiaphas. In December 1990 an ossuary (a bone box) was discovered in Jerusalem. It was inscribed with the name of this Caiaphas and positively dated to this period. Inside were discovered some of the remains of a 60-year-old man, whom many researchers believe was this same Caiaphas. If true, these are the first physical remains (such as bones or ashes) of a specific person mentioned in the New Testament.

Here Saul continued and expanded this work to the city of Damascus, about 130 miles or 210 kilometers northeast of Jerusalem – a six-day journey altogether. Saul was willing to sacrifice to attack Christians. His intention was to travel to Damascus, look for any who were of the Way – that is, any who were followers of Jesus. This shows there was a Christian community large enough in Damascus to be concerned about. Christianity – the Way – was spreading everywhere.

Many years later, Saul remembered his days as a persecutor. In Philippians 3:6, Saul (Paul) mentioned how his zeal made him a persecutor. In Galatians 1:13, Paul added more regarding his background: For you have heard of my former conduct in Judaism, how I persecuted the church of God beyond measure and tried to destroy it.

Many of you know how this story turned out. This angry, violent man who hated Christians and the Messiah they served eventually became a Christian himself. What we read here in Acts 9:1-2 reminds us that Saul wasn’t seeking Jesus when Jesus sought him. We might say that Saul was decided against Jesus when Jesus decided for Saul.

I hope you have decided “for” Jesus – that you have repented and believed, and put your trust in who Jesus is and what He did to rescue you for now and eternity. Just remember that you can only decide for Jesus because He decided for you first; that you can only love Him because He loved you first – even if you’ve sinned greatly against Him as Saul did. His love is that powerful.