Who gave Himself for us, that He might redeem us from every lawless deed and purify for Himself His own special people, zealous for good works. (Titus 2:14)

We believe that the collected letters of the Apostle Paul in the New Testament were inspired by God, that they communicate God’s word to us. There are certain places where this inspiration is more obvious; places where the message of the gospel is given in such a brief and glorious way that it says, “God was in this writing.” 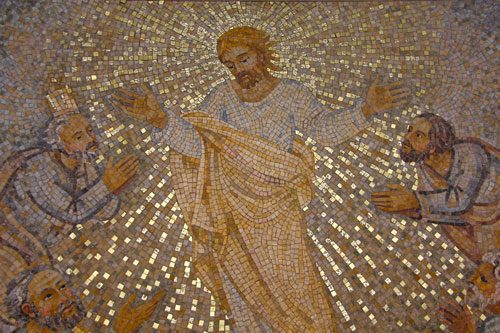 I think that this brief statement in Titus 2:14 is one of those places. When Paul wrote, “Who gave Himself for us,” every part of this description of Jesus’ work is beautiful and important.

Jesus gave, which means it was voluntary. He didn’t have to do what He did, but He did it out of love. It’s good to emphasize what John 3:16 says – that the Father gave the Son. But don’t forget that Jesus also gave.

Jesus gave Himself, which means Jesus gave all He could give. It’s possible to help someone, and even to help them in a big way, without really giving yourself. Yet Jesus gave the greatest thing He could ever offer: He gave himself.

Jesus gave Himself for us, which means Jesus was given as a substitute for sinful man. We needed a substitute, someone to stand in our place as guilty sinners before God. Jesus took the guilt for us. He took the shame for us.

Jesus did it all that He might redeem us. Redemption means “to be bought out of slavery by the paying of a ransom.” We are bought out of our slavery to sin and purchased for His service. The death of Jesus wasn’t only to bring us forgiveness, but also to give us new life. We are set free from every lawless deed.

Finally, Jesus did this to make something special of us – to make us His own special people. According to William Barclay, the idea behind this phrase is the spoil of battle that a conquering king set aside for himself. We – His own special people– are His reward, we are the plunder of Jesus great victory at the cross.

There it is – only 25 words in English, but a beautiful summary of God’s great love and great work of us in Jesus Christ. Thank Jesus today that He gave Himself for you, making you one of His own special people.