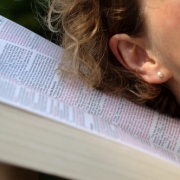 But Peter and the other apostles answered and said: “We ought to obey God rather than men.” (Acts 5:29)

This was the second time that Peter stood before this council and gave such a bold answer. The previous time was recorded in Acts 4:19-20 when Peter and John said, Whether it is right in the sight of God to listen to you more than to God, you judge. For we cannot but speak the things which we have seen and heard. Here, the apostles said the same thing in different words when they said, we ought to obey God rather than men.

Those words were a bold declaration. The boldness of Peter and the apostles was a contrast to the Sanhedrin. The men of that council were far more concerned about the opinions of men than obedience to God. Earlier in Acts 5 we read that many common people in Jerusalem had a positive opinion about the disciples of Jesus (Acts 5:13). We also read that the church was growing – many people wanted to become Christians (Acts 5:14). Because of this, the men of the council (who seemed so important and influential) were afraid to punish the apostles. They cared about pleasing the crowd more than pleasing God.

Because of this, what Peter and the apostles said was probably a shock to the men of the council: We ought to obey God rather than men. Those were remarkable words.

The apostles’ response to the council was not a defense, and it was not a plea for mercy. Instead, the apostles simply explained why they did what they did.

In general, the New Testament teaches that we should submit to those in authority over us. Yet submission on the human level is never absolute, and never is more important than the submission we owe to God.

We should obey rulers, but not when they contradict God. The Lord has established structures of authority and submission for the man and woman of God. But, as someone such as John Calvin explained, if a person in a position in authority becomes very disobedient and wicked, they give up the honor of being obeyed.

The council that intimidated the apostles and told them to stop preaching was not master over the church – Jesus Christ is Lord. While we respect the work and authority of councils and mayors and governors and other leaders, we understand that Jesus Christ is Lord over the church and when God tells us one thing and human authority tells us something else, we ought to obey God rather than men.