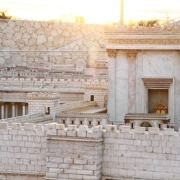 Then the high priest said, “Are these things so?” And he said, “Brethren and fathers, listen: The God of glory appeared to our father Abraham when he was in Mesopotamia, before he dwelt in Haran…” (Acts 7:1-2)

Stephen, a leader in the early church, was on trial before the highest council of the Jewish elders – the Sanhedrin. The high priest mentioned here was probably still Caiaphas, who also presided over the trial of Jesus (Matthew 26:57).

The high priest asked Stephen, Are these things so? He invited Stephen to explain himself considering the accusations recorded in Acts 6:11-14. Stephen was accused of speaking blasphemous words against Moses and God, and against this holy place [the temple], and against the law. 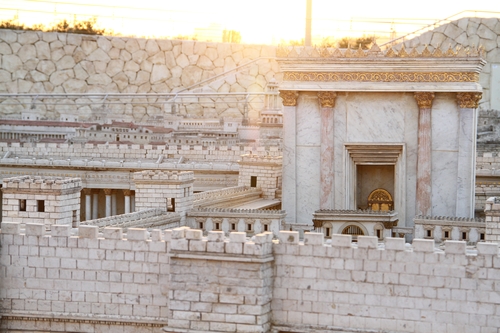 In his response Stephen gave a panorama of Old Testament history. We shouldn’t think Stephen instructed the Sanhedrin on points of Jewish history they didn’t know. Instead, Stephen emphasized some themes in Jewish history they may not have considered:

This really was not a defense. Stephen wasn’t interested in defending himself. He simply wanted to proclaim the truth about Jesus in a way people could understand. Stephen wasn’t trying to be acquitted; he wanted to clearly present God’s truth.

One of the charges against Stephen was that he spoke against the temple, and the same accusation was made against Jesus. Some of the Jewish people of the first century had made an idol out of the temple. They took something good – the temple and its services – and made it the entire center of God’s work. They thought so highly of the temple that it was a death-deserving sin to speak against it!

Abraham didn’t need a temple for this revelation of the God of glory, and he didn’t even have to be in the land of Israel. God was greater than either. This explained why it was wrong for this council to put Stephen on trial for speaking against the temple.

Don’t think that you must go to a certain place for God to reveal Himself to you. We don’t go to church because it’s the only place God is; we go because that’s where His people gather. The God of all creation can speak to you right where you are today.