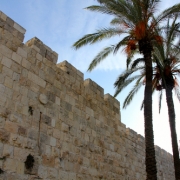 Special Note: During this season of the Coronavirus, I’m doing a special daily devotional on YouTube.
Click here for today’s video devotional.

“Therefore thus says the LORD concerning the king of Assyria:

After all the threats from the enemy and prayers to the LORD, God finally brought His answer to King Hezekiah. Through the prophet Isaiah, God assured the king: He shall not come into this city, nor shoot an arrow there… for I will defend this city, to save it. With this word, God plainly and clearly drew a line. Although the Assyrian military machine was ready to begin a siege against Jerusalem and ultimately crush them, they would not. The king of Assyria would not come into this city because God promised to defend it. 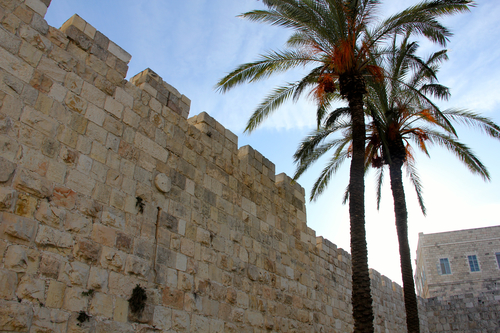 It is hard for modern people to understand the horror of an ancient siege, when a city was surrounded by a hostile army and trapped into a slow, suffering starvation. King Hezekiah and the people of Jerusalem lived under the shadow of this threat, but God’s promise through Isaiah assured them that Sennacherib and the Assyrian army would not only fail to capture the city but would not even shoot an arrow or build a siege mound against Jerusalem. God promised that they wouldn’t even begin a siege.

Why? Why would God defend Jerusalem in such an amazing way? God said He would do it for My own sake and for My servant David’s sake. God would defend His own glory. Often, we unnecessarily think that we must defend the glory of the LORD. But that isn’t really the case. God is more than able to defend His own glory.

Yet notice that God also did it for My servant David’s sake. King David had died almost 300 years before this, but God still honored His promise to David (2 Samuel 7:10-17). God defended Jerusalem, not for the city’s sake at all – Jerusalem deserved judgment! But He did it for His own sake and for the David’s sake.

This principle applies to everyone who has put their faith in Jesus Christ. In the same way, God the Father defends and blesses us, not for our own sake – we deserve His judgment – but He does it for His own sake, and for the sake of Jesus. We don’t have to come to God on the basis of what we have earned or what we deserve. Instead, in Jesus Christ, we come to God on the basis of who Jesus is and what He has done.

The Father will save and rescue the believer – for His own sake, and for the sake of Jesus Christ, the Son of David.