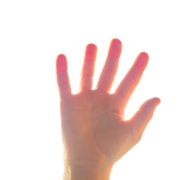 I will deliver you from the Jewish people, as well as from the Gentiles, to whom I now send you, to open their eyes, in order to turn them from darkness to light, and from the power of Satan to God, that they may receive forgiveness of sins and an inheritance among those who are sanctified by faith in Me. (Acts 26:17-18)

The auditorium where Paul spoke these words was filled with important people and dignitaries (Acts 25:23). They invited Paul to share his story, so he told them about how Jesus got a hold of Paul’s life on the road to Damascus. Here, in Acts 26:17-18, Paul repeated words that Jesus spoke to him on that road outside Damascus.

Jesus told Paul about his destiny, his calling. God would send Paul as a messenger, a preacher, to both the Jews and the Gentiles, telling them about Jesus. 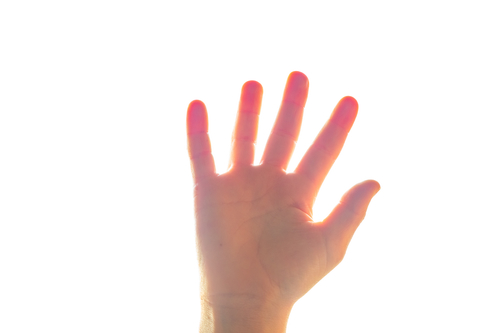 When Jesus spoke those words on the road to Damascus, Paul was blinded by the great light from heaven. His eyes were not yet opened physically, but Jesus would send him to open the eyes of others (both Jews and Gentiles).

Jesus then told Paul of five results that would come from the opening of the eyes:

These five things are God gift and plan for every one of His children! Every follower of Jesus Christ should know what it is to turn from darkness to light. They should know by experience that they are no longer under the power of Satan and now belong to God. They have received both the forgiveness of sins and an inheritance among God’s people. Finally, they should grow in holiness, being set apart to God as those who are sanctified by faith in Jesus.

One of the men listening to Paul later said, “You almost persuade me to become a Christian” (Acts 26:28). But however close Agrippa was to becoming a believer, it wasn’t close enough. Almost being a Christian means that you almost have eternal life and will almost be delivered from the judgment of hell; but almost isn’t enough.

When Paul recounted the words of Jesus on the road to Damascus, saying what a Christian is (Acts 26:18), those who heard didn’t want it.

What do you want? Do you want what God offers you in Jesus Christ?

If you repent and believe upon Jesus, these five things are yours as a birthright in Jesus.