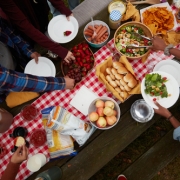 Then they said to one another, “We are not doing right. This day is a day of good news, and we remain silent. If we wait until morning light, some punishment will come upon us. Now therefore, come, let us go and tell the king’s household.” (2 Kings 7:9)

It’s one of my favorite scenes in the Bible. Four miserable lepers cautiously approached the camp of the mighty Syrian army, who had held the capital city of the northern tribes of Israel under siege and near complete starvation. As the lepers crept towards the camp, they noticed no guard was there to meet them. As they kept walking it became clear that the camp was empty, and all the soldiers had left suddenly. 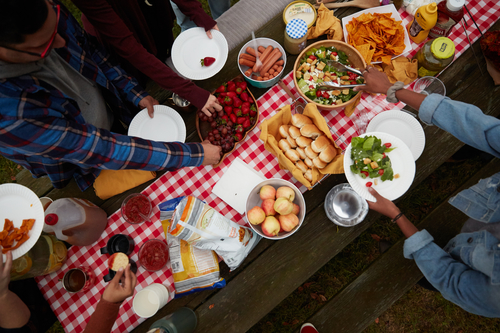 What the lepers only found out later was that God miraculous sent the sound of a big army approaching into the ears of the Syrian soldiers (2 Kings 7:6-7). Panicked, the soldiers ran for their lives, taking nothing with them, leaving everything in the camp.

The lepers peeked into tents and saw no one, but they saw tables covered in food and drink. They saw trunks and boxes filled with fancy clothing and treasure. They won the lottery of all the spoil of a huge army camp, and it was all theirs (2 Kings 7:8).

The starving men ate and drank until they couldn’t eat more. They tried on the fancy clothes and hid some of the treasure. It was a little piece of salvation, of heaven on earth, for four unlikely lepers.

Suddenly, something came to mind. They said, “we are not doing right.” They remembered there was a starving city, filled with people on the edge of death. They were rescued; the starving city was unaware. They battle was over, the victory won, all was provided, and the king and the people of Samaria didn’t even know it.

So they said, “come, let us go and tell.” The lepers rightly enjoyed God’s miracle. But they also realized that the gift gave them a responsibility to share it with others. They understood that to remain silent and to selfishly enjoy their blessings was a sin. They were responsible to share the good news, and it would be wrong if they did not tell others, “the battle is over, the victory won, and all is provided.”

Yet, make no mistake: they enjoyed the feast first before they told others about it.

Here’s a two-point plan for you: (1) Enjoy the feast of what God has given to you in the good news of who Jesus is and what He did for you. (2) Find a way to tell a starving world about it. Remember, this day is a day of good news.

Our Light Affliction
Scroll to top