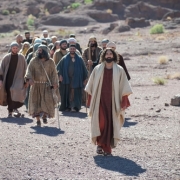 Then Peter arose and went with them. When he had come, they brought him to the upper room. And all the widows stood by him weeping, showing the tunics and garments which Dorcas had made while she was with them. But Peter put them all out, and knelt down and prayed. And turning to the body he said, “Tabitha, arise.” And she opened her eyes, and when she saw Peter she sat up. (Acts 9:39-40)

A dear Christian sister in Joppa died, and disciples from that city asked Peter to come. We don’t have any reason to believe they hoped Peter would raise her from the dead. There is no indication in the Book of Acts that it was commonly thought or popularly expected that Christians would not die. They probably asked Peter to come to help the Christian community at that place work through their grief. 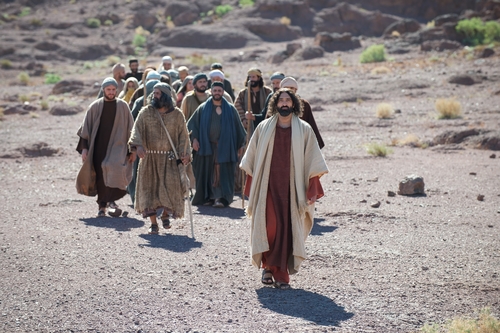 When Peter came to Joppa he saw all the widows…weeping. They hoped Peter would bring some comfort these who grieved the death of Dorcas.

Yet Peter sensed a specific leading to do just as he had seen Jesus do as recorded in Mark 5:38-43 – he put them all out, in the anticipation that God would do for Tabitha what He did for the daughter of the ruler of the synagogue.

Then Peter said, Tabitha, arise. He seemed to clearly remember what Jesus did in Mark 5:38-43. In that healing, Jesus said, “Talitha, cumi.” Peter said here (in the original language) “Tabitha cumi.” Peter could hear Jesus’ words in his head as he served.

Peter simply tried to do as Jesus did. Jesus was his leader. He wasn’t trying to lead Jesus anymore, as he did when he told Jesus not to go the way of the cross in Matthew 16:22. Now Peter was letting Jesus lead him.

When Peter did this, she opened her eyes, and when she saw Peter she sat up. By all appearances, Tabitha (Dorcas) was raised from the dead. She was dead and came back to life. These are remarkable, unusual miracles – yet things that have happened and still do (though one is wise to not gullibly accept every reported instance of such).

We should remind ourselves that Dorcas was not resurrected; she was resuscitated to live longer in her old body, where she would die again.

The fact that the Lord raised Dorcas, yet Stephen remained dead (Acts 7:6), reflects on God’s unknowable ways. After all, it may have seemed that Stephen was more important to the church than Dorcas. Yet we must always trust God’s greater wisdom and knowledge in all such things.

We can leave those things to God’s wisdom. As for us, we should think of what Peter did in imitating Jesus and ask ourselves: “How can I imitate Jesus today?” Don’t forget that Jesus is so much more than an example – He is our Savior, our Redeemer. Yet, Peter knew something about following the ways of his Master. Do you know something of that also?