Therefore, if you died with Christ from the basic principles of the world, why, as though living in the world, do you subject yourselves to regulations; “Do not touch, do not taste, do not handle,” which all concern things which perish with the using; according to the commandments and doctrines of men? These things indeed have an appearance of wisdom in self-imposed religion, false humility, and neglect of the body, but are of no value against the indulgence of the flesh. (Colossians 2:20-23)

Before Paul put his trust in Jesus Christ, he lived a life almost completely focused on pleasing God by keeping the law. Before he was a Christian, Paul knew and lived the essence of legalism through and through. 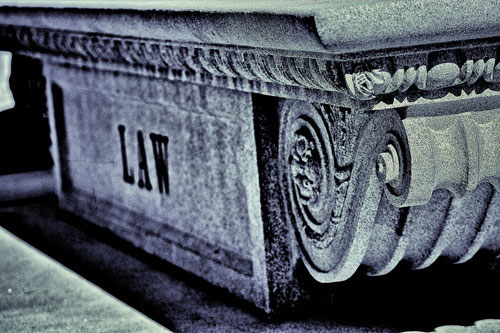 Paul also knew the key to living above legalism. It is to remember that you died with Christ from the basic principles of the world. Our identification with Jesus in both His death and resurrection (as mentioned before in Colossians 2:12) becomes the foundation for our Christian life, instead of our law-keeping.

A life of law-keeping centers on things which perish with the using. We touch them or eat them; they are temporary things that pass away. These things are not the things that matter most, the ultimate realities. The truth of what Jesus did for us on the cross is greater than any rule about what we should eat, or any other aspect of legalism.

Legalism is all arranged according to the commandments and doctrines of men. Human rules and claimed truths are emphasized above the law and truth of God. What Paul wrote about these things is true; these things indeed have an appearance of wisdom . . . but are of no value against the indulgence of the flesh. We might regard this as the greatest indictment against legalism in the Bible. At the bottom line, legalism’s rules have no value in restraining the indulgence of the flesh.

All such legalistic rules may have an appearance of wisdom, but they have no real value. Legalism doesn’t restrain the flesh; it feeds the flesh in a subtle, powerful way. That is why sometimes the most supposedly religious people can be filled with the most unbearable pride. The devil doesn’t mind you having lots of religion as long as he can make you legalistic and proud.

We need to reject all self-imposed religion, which is man reaching to God, trying to justify himself by keeping a list of rules. Christianity is God reaching down to man in love through Christ. Receive His love and renounce your pride today.