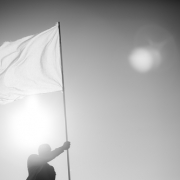 Now therefore, I urge you, give a pledge to my master the king of Assyria, and I will give you two thousand horses—if you are able on your part to put riders on them! (2 Kings 18:23)

The armies of Assyria crushed the northern neighbor of Judah, and the cruelly carried away the ten northern tribes of Israel. Now those soldiers surrounded the city of Jerusalem, after having conquered virtually everything else in Judah. 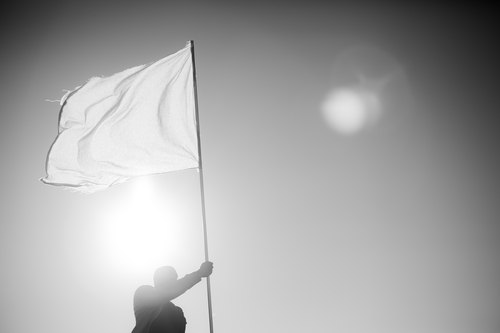 The general commanding the armies of Assyria – who had the title “The Rabshakeh” – gave a long, public speech in the hearing of Hezekiah, the king of Judah. The Assyrian general told Hezekiah that Judah was already defeated, Jerusalem was surrounded, and there was no hope and no point in resisting any longer.

Judah had trusted in a partnership with Egypt – the Rabshakeh told Hezekiah that it would fail. Perhaps some in Judah thought that Yahweh, the covenant God of Israel, would rescue them – but the Rabshakeh told them there was no use in trusting God. He even said that God was mad at them and would never defend them! The Rabshakeh offered to give Hezekiah two thousand horses – but even that wouldn’t help them. He also said that he was actually on a mission from God to conquer Judah.

This was hard for King Hezekiah to hear. But in the words give a pledge to my master the king of Assyria, we see the plan of the Assyrian general. The Rabshakeh’s whole strategy was to make Hezekiah give up. This was the entire reason the Rabshakeh was at the aqueduct, speaking to these leaders of Hezekiah’s government.

The Rabshakeh had vastly superior armies; he could have just attacked Jerusalem without this little speech. But the Rabshakeh would prefer it if Judah would simply give up, to surrender out of fear, discouragement, or despair.

The enemy of our soul uses the exact same approach. Many of us picture Satan as “itching for a fight” with us. Truthfully, Satan doesn’t want to do battle with you. First, there is the strong chance you will win. Second, whether you win or lose, the battle can draw you closer to Jesus. Third, what Jesus does in your life through the battle can be a great blessing for other people. No, Satan would much rather not fight you at all! He would much rather try to talk you into giving up.

We see this exact strategy used against Jesus during His temptation in the wilderness. When Satan promised Jesus all the kingdoms of the world in exchange for Jesus’ worship, Satan was trying to avoid the fight, and trying to talk Jesus into giving up (Luke 4:5-8). It didn’t work with Jesus, and it shouldn’t work with us.

Think of the deceptive words and lies Satan whispers – or shouts – to you. They all have one purpose. Satan wants you, the child of God, to give up. God helping you, stand against him and his lies in the name of Jesus!

Remember How Great God Is
Scroll to top