Having disarmed principalities and powers, He made a public spectacle of them, triumphing over them in it. (Colossians 2:15)

In this part of Paul’s letter to the Colossians, Paul described the many different aspects of what Jesus accomplished on the cross. There was a handwriting of the accusations and debts against us, and at the cross Jesus wiped it out. Then He took that erased page out of the way, and then Jesus and nailed it to the cross.

Next in verse 15, Paul described something that Jesus did at the cross that maybe you never thought of. At the cross, Jesus disarmed principalities and powers. The words principalities and powers describe ranks of hostile angelic beings (Romans 8:38, Ephesians 1:21, Ephesians 3:10, Ephesians 6:12). Because of what Jesus did at the cross, they don’t have the same weapons to use against Christians that they have against those who are not in Jesus. 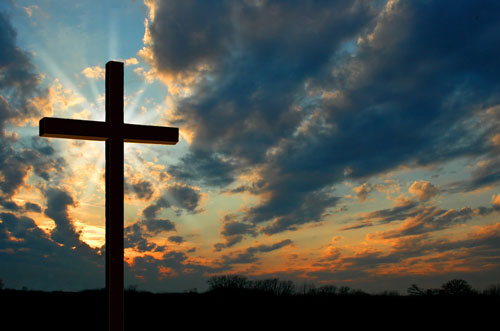 The greatest powers of the earth at that time – Rome, the greatest governmental power and Judaism, the greatest religious power – conspired together to put the Son of God on the cross. Here Paul shows us again the paradox of the cross: that the victorious Jesus took the spiritual powers behind these earthly powers and stripped them, held them up to contempt, and publicly triumphed over them.

Paul wrote in another place that if the rulers of this age – by which he meant both the spiritual powers of darkness and their earthly representatives – had known what would happen on the cross, they would have never crucified Jesus (1 Corinthians 2:8). They were defeating themselves and they didn’t even know it.

Against the believer, what weapons do demonic spirits therefore now have? They are disarmed, except for their ability to deceive and to create fear. These are effective “weapons” that are not tangible weapons at all. Demonic spirits only have power towards us that we grant them by believing their lies. The weapons are in our hands, not theirs. We will one-day see how afraid they were of us.

Perhaps Satan, for a moment, thought that he had won at the cross. But Hell’s imagined victory was turned into a defeat that disarmed every spiritual enemy who fights against those living under the light and power of the cross. The public spectacle of defeated demonic spirits makes their defeat all the more humiliating.

Christian, this is your joy. This is your confidence. This is your triumph. Walk in this truth today: at the cross, Jesus disarmed principalities and powers, and triumphed over them.