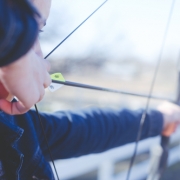 One of the strangest kings of ancient Israel was a man named Jehu. After he was anointed as king of the 10 northern tribes, Jehu took a bow and arrows and got busy. As an agent of God’s judgment, Jehu not only killed Joram the King of Israel (2 Kings 9:24), but he also killed Ahaziah the King of Judah (2 Kings 9:27). If that wasn’t enough, he then killed the wicked wife of Ahab, old Queen Jezebel (2 Kings 9:33). He then killed everyone he could from the family of Ahab (2 Kings 10). He did this as a unique instrument of God’s judgement against the House of Ahab, and there was a lot of blood on Jehu’s hands. 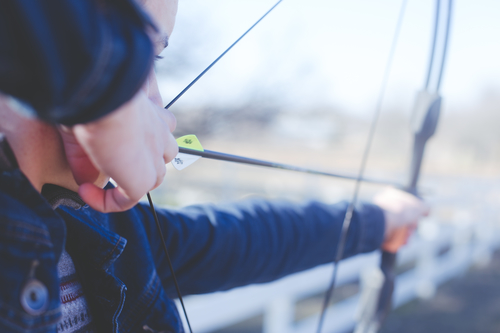 This was the man who said to Jehonadab, “Come with me, and see my zeal for the LORD.” It’s true that God gave Jehu a mission of judgement and Jehu carried it out with great zeal. In this work of judgment against the House of Ahab he had a complete and energetic obedience to the LORD, even to the disregard of his own safety and comfort.

Zeal is good. In many ways, we want to see more zeal among Christians today and not less. Paul said that “it is good to be zealous in a good thing always” (Galatians 4:18). Jesus told the Christians of Laodicea to be zealous (Revelation 3:19).

Still, the zeal of Jehu was dangerous in several ways.

Second, Jehu’s zeal did not result in obedience. 2 Kings 10:29-31 describes some of the disobedience of King Jehu. It’s possible today to see some Christians who seem to be full of zeal, but somehow that zeal doesn’t lead to basic obedience in the Christian life. When that is true, something is wrong.

Third, Jehu’s zeal was corrupted by pride. A humble man doesn’t say, “see my zeal for the LORD.” Zeal isn’t something we put on to show off. When I am proud of my zeal, I am in a bad place – because my zeal becomes a show that I display to impress others. It shows that our zeal is not in the service of God’s glory, but in the service of making me look good.

I wish that more Christians had more zeal. The disciples of Jesus noticed the Savior’s great zeal (John 2:17). But zeal has its dangers, and it seems that many people fall into the trap of an ungodly zeal, failing in the same ways Jehu did.

Let’s make this our prayer: “Lord, make me a zealous Christian – in the very best way.”

The Decision of Henrietta Mears
Scroll to top