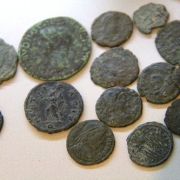 Now he went in and stood before his master. Elisha said to him, “Where did you go, Gehazi?” And he said, “Your servant did not go anywhere.” Then he said to him, “Did not my heart go with you when the man turned back from his chariot to meet you? Is it time to receive money and to receive clothing, olive groves and vineyards, sheep and oxen, male and female servants? Therefore the leprosy of Naaman shall cling to you and your descendants forever.” And he went out from his presence leprous, as white as snow. (2 Kings 5:25-27)

God healed Naaman from a fatal disease, and they Syrian general was so grateful that he wanted to give Elisha a big reward. Elisha refused, but his servant Gehazi secretly followed Naaman and lied, saying Elisha now wanted to receive the large reward. Gehazi took what Naaman gave, intending to keep it for himself. 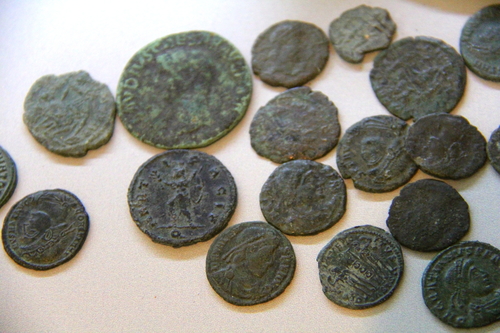 When Gehazi returned to Elisha, the prophet knew just what had happened. Elisha said, “Did not my heart go with you?” We don’t know if this was supernatural knowledge or simply gained from observation and knowing Gehazi’s character. One way or another, Elisha knew. All Gehazi’s attempts to cover his sin failed.

Elisha also knew that it was not time to receive money. It seems the prophet had no absolute law against receiving support from those who were touched by his ministry. Yet it was spiritually clear to Elisha, and should have been clear to Gehazi, that it was not appropriate at this time and circumstance.

Gehazi, Elisha’s servant, paid a great price for his greed and deception: Therefore the leprosy of Naaman shall cling to you and your descendants forever. This was a severe judgment, but as a man in ministry Gehazi was under a stricter judgment. When he allowed himself to covet what Naaman had, he thought only in terms of the moneyNaaman possessed. God allowed him to keep the riches, but also gave him the otherthing Naaman had – deadly leprosy.

I like what Adam Clarke wrote about this: “Gehazi is not the last who has got money in an unlawful way, and has got God’s curse with it.”

I suppose that all of us would rather have more than less. But how you gain things is important. If we gain through lies, deception, disobedience to God, or dishonor, we will probably find that what we can with our riches is worse than the wealth itself.

Remember Proverbs 10:22: The blessing of the LORD makes one rich, and He adds no sorrow with it. Gehazi became rich, but with great sorrow. Don’t put yourself in the same place.