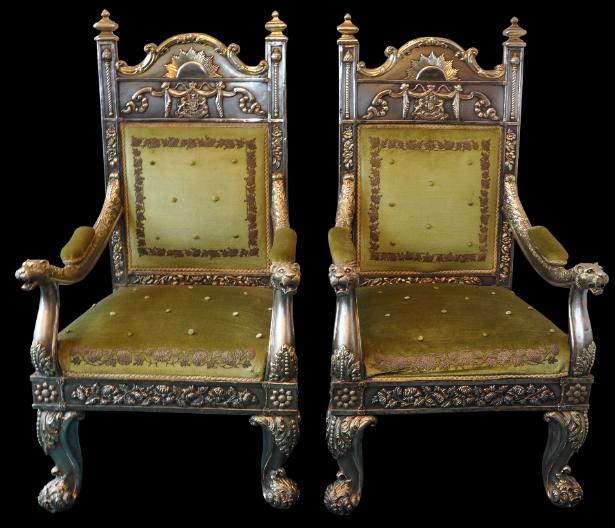 He ascended into heaven, and sitteth on the right hand of God, the Father Almighty.

Jesus ascended into heaven, showing His disciples that this departure was permanent. During the weeks after His resurrection Jesus appeared and disappeared, visiting the disciples and others often. That time came to an end. It was time for Jesus to permanently ascend to heaven so that He could send the Holy Spirit and begin His work on behalf of His people in heaven.

It is also important because of Jesus’ posture – He is seated. This shows that Jesus’ work is finished. The Bible describes all sorts of furniture to be made for both the Old Testament tabernacle and temple, but never any chairs for the priests. This was because under the Old Covenant the priests had to stand continually in their work. Their work continued daily and sacrifices had to be repeatedly offered. The priests could never sit down; but Jesus sat down at the right hand of God (click here for more on this at Hebrews 10:12), having finished His work of sacrifice for sin.

There is one notable exception to the New Testament descriptions of Jesus seated at the right hand of God the Father. In Acts 7:56 it says that Stephen, even as the stones from his executioners pummeled his body, saw Jesus standing at the right hand of God. Jesus made a special standing for Stephen for at least two reasons. First, Jesus stood in solidarity with Stephen at this moment of crisis. He cared about Stephen’s crisis, and stood to show His concern. Second, we might also consider that Jesus stood to give a “standing ovation” to Stephen, whose fate made him unique – he was the first of all martyrs among the followers of Jesus.

Though Jesus is seated, He isn’t lazy in heaven. He sits, but He isn’t laying back on a comfortable recliner chair. He is seated, but continues His ministry in heaven – He has a ministry of prayer for His people. Yet that ministry flows from His completed work, so Jesus can take a posture of rest – He sat down at the right hand of God. But never forget it; Jesus still serves you from heaven by praying for you. Today, Jesus prayed for you. Have you thanked Him for it?

He Shall Return
Scroll to top