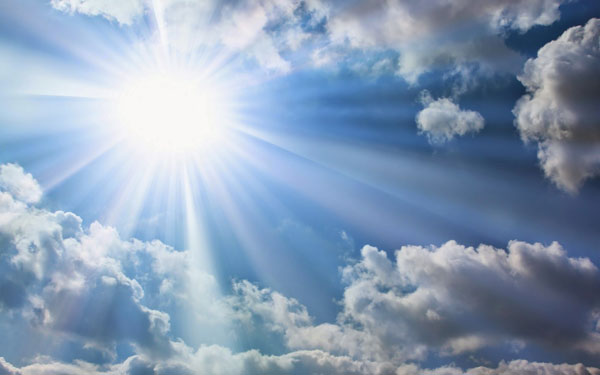 From thence He shall come to judge the quick and the dead.

Line by line, the Apostles’ Creed sets out some essential truths of Christian belief. The Creed was used as a statement of faith, especially for new converts who were about to be baptized. It begins by describing a basic belief in God the Father, then in the Person and Work of Jesus Christ. This is the last line in the Creed that speaks of Jesus’ work. It describes His return from heaven, from where He shall come to judge the living and the dead.

There is a lot of debate among Christians regarding the how and when of the return of Jesus, but all true Christians agree on the fact of His return. The differences of opinion regarding how and when are important to study and understand, but they are less important than the great fact agreed upon: Jesus ascended into heaven, and from thence He shall come to judge the quick and the dead.

For some, the idea of Jesus returning to this earth reminds them of an old homeless man walking down the street with a sign that reads, “The End is Near.” Others remember the dozens of examples of foolish predictions of a certain day of Jesus’ return. All in all, it’s almost enough to make someone give up on the idea that Jesus will ever return – almost. Yet not enough, for one simple reason: despite all the crazies through the centuries who have miss-taken and miss-applied the words of Jesus, His words still stand:

“Let not your heart be troubled; you believe in God, believe also in Me. In My Father’s house are many mansions; if it were not so, I would have told you. I go to prepare a place for you. And if I go and prepare a place for you, I will come again and receive you to Myself; that where I am, there you may be also.” (John 14:1-3 – click here for more on that passage)

“Then the sign of the Son of Man will appear in heaven, and then all the tribes of the earth will mourn, and they will see the Son of Man coming on the clouds of heaven with power and great glory.” (Matthew 24:30)

We can know that Jesus will come from heaven to judge the living and the dead simply because He said that He would. In the Second World War, when the Japanese overran the Philippines, the retreating US General Douglas MacArthur famously said: “I shall return.” Most people took him at his word, and MacArthur did indeed victoriously return to the Philippines. Should we trust Jesus less than we would trust a general?

There’s no doubt about His return. The only question is our readiness. If He came back today, would you be ready? If you believe this part of the Apostles’ Creed, it will show in your life. Can others see that you are ready?

“Watch therefore, for you do not know what hour your Lord is coming.” (Matthew 24:42)

Coming to Judge
Scroll to top