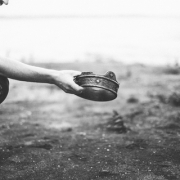 King Ahaz of Judah saw the combined armies of Syria and Israel come against him, and in a panic,  he begged the king of Assyria for help. Ahaz did this, even though Isaiah offered him a sign for assurance of God’s help in the struggle against the combined armies of Israel and Syria (Isaiah 7:1-12). Sadly, Ahaz refused under the excuse of not wanting to test God, when he really wanted to trust the king of Assyria. 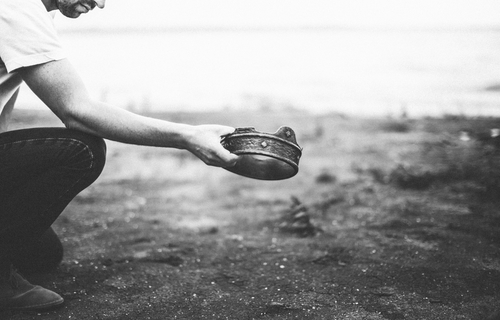 Ahaz said to the pagan king: “I am your servant and your son. Come up and save me.” It is sad to see a king over God’s people bow down to a pagan king. Ahaz surrendered to one enemy in order to defeat another. He refused to trust in the God of Israel and instead put his trust in an enemy of Israel.

Imagine the blessing that would have come if Ahaz had surrendered and sacrificed to the LORD with the same energy and heart that he surrendered to the Assyrian king. Ahaz was willing to trust in and humble himself before a pagan king, but not before the God of Israel.

What a contrast this was to Ahaz’s royal ancestor, David. David said, “In my distress I called upon the LORD, and cried out to my God” (Psalm 18:6).  We all have a choice in a crisis. We can trust things set against God, or we can trust God. In the case of Ahaz, his surrender to the king of Assyria worked in the short term but was a disaster in the long term. His wrong choice was bad for him and for Judah.

Yet, look for something good in this. When anyone cries out to God saying, “I am your servant and your son. Come up and save me,” then God will answer. Appeal to God on the basis of your service to Him, and His adoption of you – then humbly ask Him to rescue you. God loves to respond to those who surrender to Him and to His will.