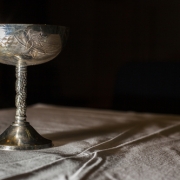 Then Ananias answered, “Lord, I have heard from many about this man, how much harm he has done to Your saints in Jerusalem. And here he has authority from the chief priests to bind all who call on Your name.” But the Lord said to him, “Go, for he is a chosen vessel of Mine to bear My name before Gentiles, kings, and the children of Israel.” (Acts 9:13-15)

Saul of Tarsus was a famous man among the early followers of Jesus, famous in the worst way: they knew that Saul was a zealous and brutal persecutor. So, it isn’t a surprise that when God told Ananias to visit and help Saul, Ananias objected: Lord, I have heard from many about this man, how much harm he has done to Your saints in Jerusalem. Certainly, Ananias had heard that this angry and violent persecutor named Saul of Tarsus was on his way from Jerusalem. The disciples in Damascus must have anxiously prepared for the coming persecution. 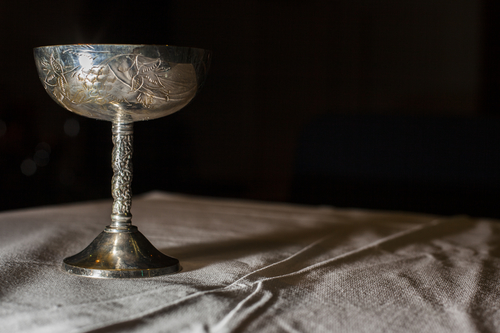 In fact, Ananias knew a great deal about the mission of Saul. He knew how much harm he has done to Your saints in Jerusalem. He also knew that Saul was coming with authority from the chief priests to bind the followers of Jesus It was apparently widely known.

I think the objections Ananias had were logical and well founded. But since God clearly told him to do this, it was almost as if Ananias thought that God needed instruction or a bit of counsel. Ananias almost asked, “God, do you know what kind of guy this Saul is?”

God considered Saul His chosen vessel long before there appeared anything worthy in Saul to choose. God knew what He could make of Saul, even when Saul or Ananias didn’t know.

God had a call upon the life of Saul, a calling that was unknown to Saul at the time. God seems to have told Ananias first. God even told Ananias the broad outline of Saul’s calling: to bear My name before Gentiles, kings, and the children of Israel.

This describes the future work of the broken, blind, and afflicted man Ananias would soon meet. God called him to bring His name to Gentiles, to kings, and to the children of Israel. It was a glorious calling of man destined to make a huge impact on the world for the sake of Jesus and His kingdom.