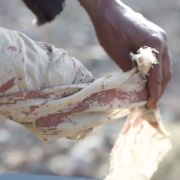 Now Naaman, commander of the army of the king of Syria, was a great and honorable man in the eyes of his master, because by him the LORD had given victory to Syria. He was also a mighty man of valor, but a leper. (2 Kings 5:1)

2 Kings 5:1 introduces us to an important, powerful man – a general named Naaman. We read that he was a great and an honorable man, and that God had blessed him with victory for the Syrian army. We also learn that he was a mighty man of valor, just like Gideon (Judges 6:12), Jephthah (Judges 11:1), David (1 Samuel 16:18), Jeroboam (1 Kings 11:28), and several others. In fact, it seems that Naaman was the only Gentile the Bible says was a mighty man of valor. 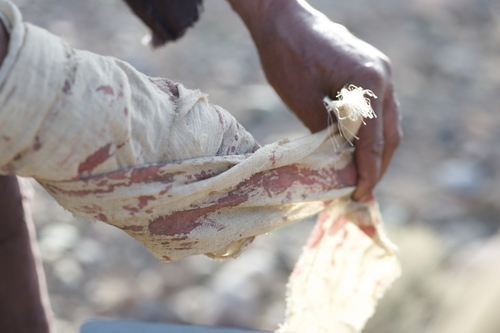 General Naaman had a lot going for him, but the last three words of 2 Kings 5:1 change his story completely. With his power, status, and influence, Naaman was a great man – but a leper.

Leprosy often began with the loss of sensation in some part of the body. Because of the nerve damage, the muscles started to waste away. The hands and feet became disfigured, and often deteriorated so much that fingers and toes were lost. Over the span of 20 or 30 years a leper might lose hands and feet; it was, as William Barclay wrote, “a kind of terrible progressive death in which a man dies by inches.”

The leprosy described in the Bible was a contagious, debilitating disease that corrupted its victim and makes him essentially dead while alive. Most people thought that lepers were under the special judgment of God, deserving no pity or mercy. For all these reasons, the condition of leprosy is a picture of sin and its effects.

Remember the tragic words about Naaman: but a leper. Those words speak to us today. The effects of leprosy run deep, but by appearance, the leper is “skin-sick.” All humanity is “sin-sick.” Spiritually speaking, we are all lepers until Jesus heals us.

The story of General Naaman has a happy ending. That isn’t true of every sin-sick person. But Jesus knows how to heal both the leper (Matthew 8:1-3) and the sinner. Jesus rescues both the skin-sick and the sin-sick.