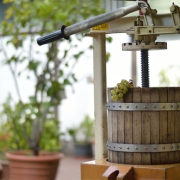 Now Saul was consenting to his death. At that time a great persecution arose against the church which was at Jerusalem; and they were all scattered throughout the regions of Judea and Samaria, except the apostles. (Acts 8:1)

A few verses before, we met the man who supervised the execution of Stephen, who was the first martyr of the Christian faith (Acts 7:58). Acts 8:1 continues the story of Saul, telling us first that Saul was consenting to the death of Stephen. The English translation probably isn’t strong enough. The idea behind the ancient Greek word suneudokeo is “to approve, to be pleased with.” Some people are reluctant persecutors, but Saul wasn’t one of these; he took pleasure in attacking and even killing Christians.

Saul of Tarsus – whom most of us know by his Roman name, Paul – later came to deeply regret this persecution of the church. He later wrote that he was not worthy to be called an apostle, because I persecuted the church of God (1 Corinthians 15:9).

Stephen’s death was only the beginning, the start of a great persecution that arose against the church. The floodgates of violence were now open against the Christians and Saul was only one of many persecutors. Before, individual apostles had been arrested and beaten and persecuted. Now, every believer was threatened with violence and perhaps death.

In 1956, on the shores of a river in the jungles of Ecuador, natives murdered five missionaries who came to preach Jesus. To many, this death seemed like a senseless tragedy. Many could only see five young missionaries who had their careers cut short or the five widows and fatherless children. But God did an amazing work through those five men, even in their deaths, and the blessing long echoed through people like Elisabeth Elliot – the widow of one the missionary martyrs.

In a similar way, Stephen’s death might seem meaningless at first glance. His young ministry of power and eloquence was cut abruptly short. His ministry also seemed to end in failure – no one was immediately brought to faith, and all that came was more persecution. But as often has been the case, the blood of the martyrs became the seed of the church.

Afterwards, they were scattered throughout the regions. Now the Christians were forced to do what they had been reluctant to do – get the message of Jesus out to the surrounding regions. In Acts 1:8 Jesus clearly told His followers to look beyond Jerusalem and bring the gospel to Judea, Samaria, and the whole world. Up to this point, Jesus’ followers had not done this.

The resulting good shows us that God can and will use painful and pressing circumstances to guide His people into His will. Sometimes we must be shaken out of our comfortable state before we do what God wants us to do. When God allows some shaking, pressing, or pain, don’t forget to look for His purpose in it all. It may be something greater than you ever imagined.