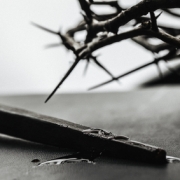 And when they had brought them, they set them before the council. And the high priest asked them, saying, “Did we not strictly command you not to teach in this name? And look, you have filled Jerusalem with your doctrine, and intend to bring this Man’s blood on us!” (Acts 5:27-28)

The religious leaders who opposed the apostles of the early church didn’t have the facts on their side. The truth was, Jesus Christ had risen from the dead, showing Himself to many people before He ascended to heaven. The religious leaders couldn’t produce the body of Jesus or discredit the reliable reports of His resurrection. Worst of all, they couldn’t stop the disciples of Jesus from proclaiming the good news of Jesus’ life, sacrificial death on the cross, and resurrection. 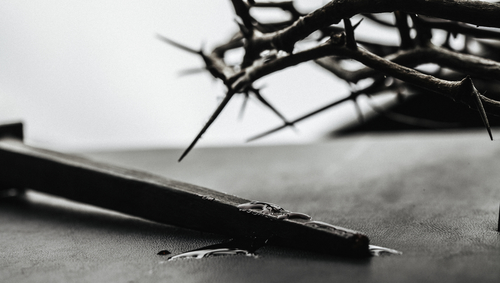 So, the religious leaders did what many do when the truth isn’t on their side: they hoped intimidation would frighten the opposition into silence. That’s the scene when Acts 5:27 says, they set them before the council. This was another attempt to intimidate the apostles with a display of the council’s institutional authority. The apostles, knowing how God had protected and would continue to protect them, were probably not intimidated or even overly impressed.

Then, the most intimidating man present – the high priest – confronted the followers of Jesus saying, “Did we not strictly command you not to teach in this name?” It was true that they had commanded Peter and John to no longer teach in the name of Jesus (Acts 4:17-18). Yet Peter and John openly told them that they would continue, in obedience to God (Acts 4:19-20).

Then the high priest said to the apostles, “you have filled Jerusalem with your doctrine.” This accusation probably made the disciples smile – it was a wonderful testimony of how effective their message had been. Their doctrine, the good news of Jesus Christ, had filled Jerusalem.

Then the high priest said something surprising, claiming the disciples “intend to bring this Man’s blood on us.” First, notice how he referred to Jesus: he called Him “this Man.” One might say that the high priest was so afraid of the power of Jesus that he avoided even saying the Savior’s name!

Yet, the charge that the apostles did intend to bring this Man’s blood upon us is interesting. The high priest no doubt meant that the apostles intended to hold the Jewish leaders responsible, at least in some measure, for the death of Jesus (as in Acts 2:23).

Perhaps the apostles smiled, nodded, and thought: “Yes, we want you to trust in what Jesus did for you through His death.”

In this sense, is His blood upon you?