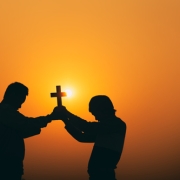 And Sopater of Berea accompanied him to Asia—also Aristarchus and Secundus of the Thessalonians, and Gaius of Derbe, and Timothy, and Tychicus and Trophimus of Asia. These men, going ahead, waited for us at Troas. (Acts 20:4-5)

It’s one of those little sections of the Bible that we sometimes dread, or even skip over – just another list of names, and most of them hard to pronounce. Yet we believe that every line of God’s word is a gift from Him, and there is treasure on each page if we look for it. 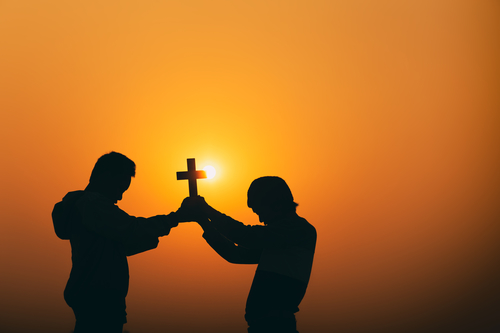 Perhaps one gold nugget is found in the names of the two men from Thessalonica who accompanied Paul. Their names were Aristarchus and Secundus. They were among this larger group traveling with Paul to Jerusalem. Paul had collected a generous offering from these mainly Gentile churches and was happy to bring it to the needy Christians in Jerusalem and Judea. This was a wonderful gesture of true unity – the mostly Gentile-background Christians from the west loving and caring for the mostly Jewish-background Christians from the east. This team waited for Paul and Luke to arrive and continue their journey towards Jerusalem.

The names of these traveling companions of Paul tell a little story; and what follows isn’t certain from the text, but simply a logical inference from their names. Aristarchus and Secundus both came from Thessalonica, but they were probably two very different kinds of men.

The name Aristarchus related to aristocracy, the ruling class. It’s likely that he came from a wealthy and powerful family – it is just the kind of name that would be given to a nobleman. We can suppose that he was a man of high status.

Secundus was a common name for a slave. It meant “Second.” Slaves were often not called by their true names, and the first-ranking slave in a household would often be called Primus. The second-ranking slave was often called Secundus.

So, there they were – Aristarchus and Secundus, one probably a nobleman and the other probably a slave. Yet side by side they served the Lord and the Apostle Paul. This true fellowship between noblemen and slaves was a scandal to many in the Roman world; they found it hard to believe that they sat together and served together in church. Yet they did, because they each thought who they were in Jesus Christ was more important than who they were thought to be in this world.

It has rightly been said that the ground is level at the foot of the cross of Jesus. There is no one from such a high station of life that they don’t need Jesus. There is no one from such a low station of life that Jesus can’t lift them up. Everyone – both high and low – must humble themselves and come through the same gate of faith to Jesus. It doesn’t matter if you are an Aristarchus or a Secundus – Jesus is your only way, and He is the same way for all.