Now it happened, when I returned to Jerusalem and was praying in the temple, that I was in a trance and saw Him saying to me, “Make haste and get out of Jerusalem quickly, for they will not receive your testimony concerning Me.” (Acts 22:17-18)

Most of Acts 22 is Paul’s impassioned sermon to a mob that had just tried to beat him to death on the temple mount in Jerusalem. These two verses are just one part of that sermon, but I think they give a fascinating insight into the life of the Apostle Paul. 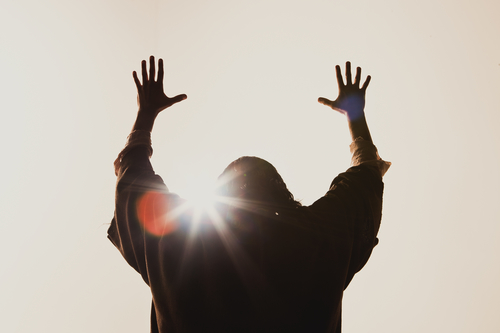 By this, Paul wanted the violent crowd that just tried to kill him to know that even though he trusted in Jesus, he was not against all Jewish ceremonies and rituals.

But it wasn’t just that Paul was praying in the temple – while at the temple, Paul soon was in a trance. He both saw and heard Jesus. One thing I find remarkable about this impressive spiritual experience is that Paul never referred to this vision in his letters, and it seems that he only mentioned it here out of necessity.

Paul didn’t like to talk a lot about his spiritual experiences. In 2 Corinthians 12 Paul also reluctantly mentioned a heavenly vision he had but he was careful to not boast about it. Paul wasn’t interested in promoting himself as the man who had visions of Jesus or of heaven. He would, when necessary, mention such experience, but he never dwelt on them or boasted of them.

In this vision, Paul – even though he had only been a Christian for a few years – heard a surprising word from Jesus. The Lord told Paul, “Make haste and get out of Jerusalem quickly, for they will not receive your testimony concerning Me.” This word from Jesus probably was a surprise to Paul. With good reason, he probably thought of himself as the perfect one to bring the gospel to his fellow Jews. Nevertheless, Jesus gave him this warning, even telling him to make haste.

This word from Jesus was helpful to Paul, and I’m sure the apostle was grateful for it. Yet for Paul it seemed to be nothing to focus on. I imagine that if I had such an experience with God, I would probably never stop talking about it! But for Paul, his focus on Jesus and Him crucified (1 Corinthians 2:2) – something every Christian can know and enjoy.

If God grants you impressive spiritual experiences, thank Him for them – but don’t make them the focus or goal of your Christian life. Remember that we walk by faith, not by sight (2 Corinthians 5:7).