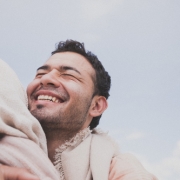 And Ananias went his way and entered the house; and laying his hands on him he said, “Brother Saul, the Lord Jesus, who appeared to you on the road as you came, has sent me that you may receive your sight and be filled with the Holy Spirit.” Immediately there fell from his eyes something like scales, and he received his sight at once; and he arose and was baptized. (Acts 9:17-18)

The disciple Ananias boldly entered the house where Saul of Tarsus waited in the darkness of his blindness, and he welcomed Saul into God’s family by laying his hands upon him and calling him brother. Saul was then filled with the Holy Spirit. Perhaps this was the actual moment that Saul was born again. 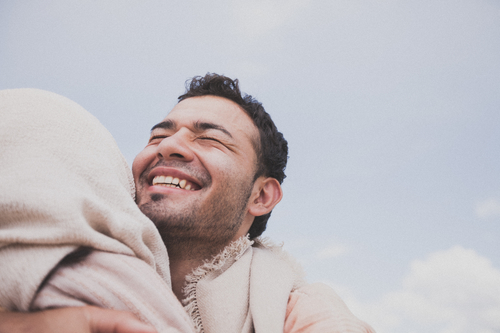 Then, Saul received his sight and then he was baptized. When Saul could see – both physically and spiritually – he immediately wanted to identify with Jesus and with the disciples of Jesus by being baptized. Maybe Saul had seen Christian baptisms (such as on Pentecost, Acts 2:41). Yet we know that God spoke directly to Saul about many things during his time waiting for Ananias, including even the name of the man who would come and pray for him and restore his sight (Acts 9:12).

Saul (Paul) regarded his conversion experience as a pattern for all believers: However, for this reason I obtained mercy, that in me first Jesus Christ might show all longsuffering, as a pattern to those who are going to believe on Him for everlasting life. (1 Timothy 1:16).

If Paul’s conversion is a pattern, then in some way we can share his experiences.

– First, Jesus must confront us with Himself, with our sin and rebellion against Him, even the sins done in ignorance. Then as we put our faith in Him, we must humbly wait for the work within us that only He can do.

– Saul’s conversion reminds us that at its core, salvation is something God does in us. What we do is only a response to His work in us.

– Saul’s conversion reminds us that God finds some who, by all appearance, are not looking for Him at all. This encourages us to believe that God can reach the people that we think are very far from Him. We often give up on some people and think they will never come to Jesus; but the example of Saul shows God can reach anyone.

– Saul’s conversion reminds us that God looks for people like Ananias as instruments in His work of the conversion of others, even when they are not necessary, only as a demonstration of the importance of the family of God.

– Saul’s conversion reminds us that it isn’t enough that we become broken before God, though that is necessary. God wants to only use brokenness as a prelude to filling.