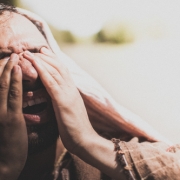 As he journeyed he came near Damascus, and suddenly a light shone around him from heaven. Then he fell to the ground, and heard a voice saying to him, “Saul, Saul, why are you persecuting Me?” (Acts 9:3-4)

Something spectacular happened on the way to Damascus. As Saul the persecutor came near Damascus, then suddenly a light shone around him from heaven. According to how Paul later explained, this happened at mid-day, when the sun shines at its brightest. Yet Paul said that this light was brighter than the sun (Acts 26:13). 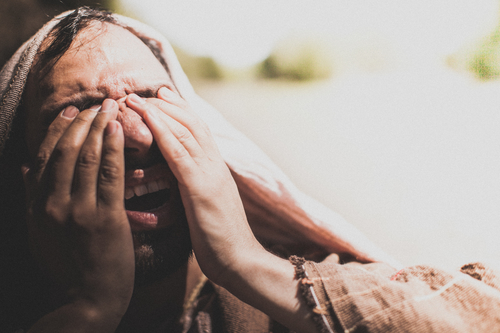 It wasn’t only a light; Saul also heard a voice. According to F.F. Bruce, the rabbis of that day mostly believed that God no longer spoke to man directly, as He did in the days of the prophets. Yet here on the road near Damascus, Saul heard a voice from heaven.

The voice first addressed him personally: Saul, Saul. When God repeats a name twice, it is to display deep emotion, but not necessarily anger (as in the Martha, Martha of Luke 10:41 and the Jerusalem, Jerusalem of Matthew 23:37).

Then the voice asked a question: Why are you persecuting Me? As the heavenly light overwhelmed him, the voice confronted Saul with the true nature of his crime: He persecuted God, not man. Saul thought that he was serving God in viciously attacking Christians, but here he discovered that he was fighting God. This has been sadly true through history. Often those who are convinced they are doing God a favor actually are guilty of some of the worst persecution and torture ever seen.

This was a remarkable experience for a man who would become a remarkable discipl. This spectacular event must be regarded as unusual. God does not normally confront sinners with a heavenly light and an audible voice from heaven.

How did Saul react to this overwhelming experience? He fell to the ground. This wasn’t because of honor or reverence for God, it was simply a reaction of survival – he was terrified at the heavenly light.

In the minds of many or most people, Saul fell from a horse that he rode. Yet this account in Acts 8, nor the telling in Acts 22:3-11, nor the account of Acts 26:12-20 make any mention of a horse or of Saul riding any kind of animal. It may be that he rode, but the text does not specifically say so.

I like what Adam Clarke wrote about this: “Many persons suppose he was on horseback, and painters thus represent him; but this is utterly without foundation. Painters are, in almost every case, wretched commentators.”

Saul wasn’t looking for God, but God sought him out. Aren’t you glad that God loved you before you ever loved Him?

Something to Learn from the Temptation of Jesus