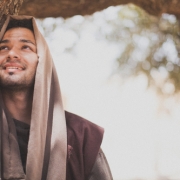 Now there was a certain disciple at Damascus named Ananias; and to him the Lord said in a vision, “Ananias.” And he said, “Here I am, Lord.” So the Lord said to him, “Arise and go to the street called Straight, and inquire at the house of Judas for one called Saul of Tarsus, for behold, he is praying. And in a vision he has seen a man named Ananias coming in and putting his hand on him, so that he might receive his sight.” (Acts 9:10-12)

We don’t know anything about this man named Ananias from either before or after this meeting with Saul. We don’t know how he came to Damascus, or what happened to him afterward. From what we do know we can think of him as an average follower of Jesus – a certain disciple. 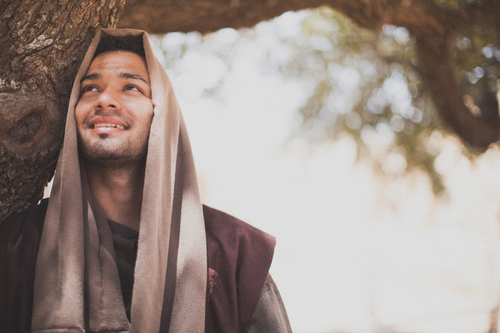 Ananias was an ordinary man – not an apostle, a prophet, a pastor, an evangelist, an elder, or a deacon. Yet God used him because he was an ordinary man. If an apostle or a prominent person had ministered to Saul, people might say Paul received his gospel from a man instead of Jesus. In the same way, God needs to use the certain disciple – there is a special work for them to do.

In theory, it wasn’t necessary that God use a man like Ananias for this work in Saul’s life. Being simply a certain disciple, we can say that God simply used Ananias because God loves to use people, and Ananias was a willing servant.

God spoke to Ananias in a vision, a completely different way than He spoke to Saul. Saul had a bold, almost violent confrontation from God, but Ananias heard the voice of God sweetly in a vision, where God called and Ananias obediently responded. To say, “Here I am, Lord” is a perfect response to God.

In the case of Ananias, the vision from God was specific. God told him about:

This specificity was necessary and important, because God asked Ananias to do something bold and dangerous in meeting Saul, the great persecutor. He needed confirmation along the way that God was guiding him, and God gave him ways to confirm this.

The change in Saul is clear in the words, behold, he is praying. One might say that Saul, the persecutor of Christians, had never really prayed before; he merely repeated formal prayers. Before this: