Wiped Out and Out of the Way

Having wiped out the handwriting of requirements that was against us, which was contrary to us. And He has taken it out of the way, having nailed it to the cross. (Colossians 2:14)

As Paul wrote about what Jesus did on the cross, he expressed one aspect of it in a completely different way. Paul said that on the cross, Jesus wiped out the handwriting of requirements that was against us.

This handwriting of requirements has in mind a list of our crimes or moral debt before God, a debt that no imperfect person can completely pay. But it can be taken out of the way, by payment from a perfect man, Jesus Christ. 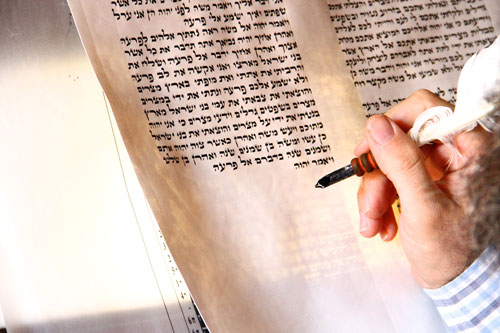 The term handwriting was a general word for a handwritten document and has been understood in various ways. Some take it in a legal sense and say it represents the charges against a prisoner, or a confession of wrong made by a prisoner. Others take it in a financial sense and see it as a debit or ledger sheet that shows we are bankrupt before God. Either way, it means that the document that once condemned us is now completely erased, having been wiped out.

The idea is that something was completely wiped over, and in the ancient world the term was used of whitewashing a wall, or overlaying a wall with gold. It means that the accusations against us were completely wiped away and covered over.

Jesus not only erased that document that condemns us, He then nailed it to the cross: This took it out of the way. Jesus did everything possible to make certain that the handwriting of requirements that was against us could no longer accuse us.

We can imagine the devil trying to accuse and blackmail us, waving a list of our sins and debts to God. We are ashamed at what the writing says and how it ruins our relationship with God. Then Jesus came, took that list that condemns us out of Satan’s hand. First Jesus erased it and then He nailed to the cross. That’s an amazing, comforting, triumphant image.

The next time the devil tries to accuse and condemn you, picture every accusation written down – then erased – then the paper itself nailed to the cross. Each time you feel overwhelmed by the guilt and the shame of your sin, trust what Jesus did for you at the cross, described here in Colossians 2:14.

Don’t let what Jesus took out of the way somehow get in the way.