Enduring Word Radio can be heard on many stations all across the United States – click here for a current list. If you missed a program or want to listen again, here are the programs from a recent week. To support the work of Enduring Word Radio, click here.

The Salvation of Israel

Living Out God’s Will 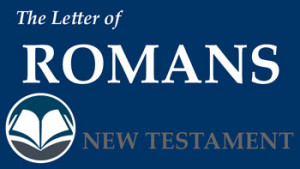 Last week’s broadcasts can be found by clicking here.

Consider the testimony of these men regarding Romans:

Martin Luther praised Romans: “It is the chief part of the New Testament and the perfect gospel . . . the absolute epitome of the gospel.”

John Calvin said of the Book of Romans, “When anyone understands this Epistle, he has a passage opened to him to the understanding of the whole Scripture.”

Samuel Coleridge, English poet and literary critic said Paul’s letter to the Romans is “The most profound work in existence.”

G. Campbell Morgan said Romans was “the most pessimistic page of literature upon which your eyes ever rested” and at the same time, “the most optimistic poem to which your ears ever listened.”

Richard Lenski wrote that the Book of Romans is “beyond question the most dynamic of all New Testament letters even as it was written at the climax of Paul’s apostolic career.”