The Power of Prayer

During the reign of King David, Ahithophel was a famous man in ancient Israel. He was a noted consultant to the king and his advice was so good that when he spoke people said you might as well have heard God Himself speak. When David’s son Absalom turned on his father and took the kingdom over, Ahithophel took the side of the rebel son instead of God’s king. When David heard that the wisest man in Israel was now against him he prayed, “O Lord, I pray, turn the counsel of Ahithophel into foolishness!” (2 Samuel 15:31)

2 Samuel 17:14 is the answer to that prayer. Absalom had called his advisers together and Ahithophel gave his advice, suggesting a quick and decisive strike against David and his weak band of supporters. Husahi – who was actually David’s double-agent in Absalom’s entourage – suggested waiting until Absalom could gather and lead a large army. Ahithophel’s advice was wise, but it did not bring any special glory to Absalom. Hushai’s advice was bad, but it provided Absalom the opportunity for glory. 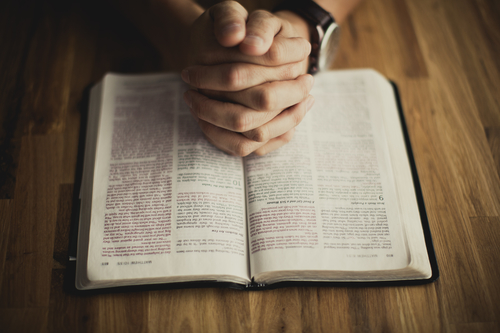 Absalom had the smartest man in Israel on his side, but David’s prayer was mightier than Ahithophel’s wisdom. God could lead Ahithophel to give foolish counsel that was listened to (as in 2 Samuel 16:20-23). Or, God could allow Ahithophel to give great advice and yet have it be rejected. God was in control; the Lord had purposed.

Why did the Lord purposed to defeat the good advice of Ahithophel? Because David prayed. Prayer moves the hand of God, and David prayed: O Lord, I pray, turn the counsel of Ahithophel into foolishness! (2 Samuel 15:31)

God had a plan and the prayer of David furthered His plan. Our text tells us the plan: “that the Lord might bring disaster on Absalom.” It seemed like the disaster was all on David, but God would bring it on Absalom before the end. In all of this there was a severe correction for David, and he knew it well. Yet God did not forsake David during this time of chastening. He was there for David at this time also. He was not out to destroy David, but to correct him. David emerged from this time of correction better than before.

We see many things in all this. We see the power of prayer, the frailty of man, the correction and mercy of God. But consider this final point: the same God who can make a wise man foolish can make a foolish man wise. It is His foolish wisdom through Jesus Christ that brings our salvation (1 Corinthians 1:21-25). Feeling wise? Humble yourself before God. Feeling foolish? Find your confidence in Him.