The Power of Bitterness

And Ahithophel said to Absalom, “Go in to your father’s concubines, whom he has left to keep the house; and all Israel will hear that you are abhorred by your father. Then the hands of all who are with you will be strong.” So they pitched a tent for Absalom on the top of the house, and Absalom went in to his father’s concubines in the sight of all Israel. (2 Samuel 16:21-22)

Everyone knew that Ahithophel was the wisest man in the kingdom of Israel. He enjoyed his position of chief counselor to King David and he used his position well. He was so respected for his advice that when Ahithophel gave advice, they said it was just as if God spoke (2 Samuel 16:23). 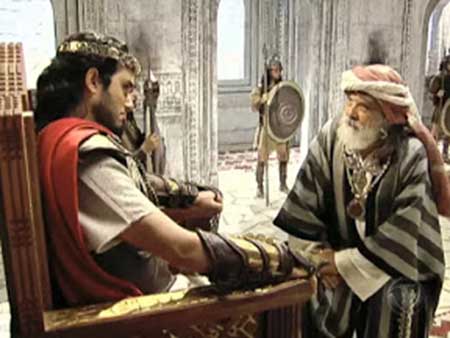 Then came the problem with his granddaughter. A wealthy man with enough political power to cover his sin took advantage of her. It wasn’t easy to cover it all up – eventually the powerful man put had the husband of Ahithophel’s granddaughter killed and he married the granddaughter. In some ways the young woman seemed to be fine – but her grandfather Ahithophel knew something was taken from her, something that could never be replaced. A root of bitterness started growing towards the powerful man, and Ahithophel came to hate him.

Therefore, when Ahithopel saw David’s son Absalom overthrow the government of his father, he joined with the traitor and went against David. Absalom was delighted to have the wisest man in the kingdom on his side, and he asked him to help establish his kingdom, making the break with the former government of David.

In response, we read: “Ahithophel said to Absalom, ‘Go into your father’s concibines.’“ Ahithophel told Absalom to do something so offensive that it would eliminate any possibility of reconciliation with David. Ahithophel felt this strong statement would give courage to Absalom’s followers. In the ancient world, taking the king’s concubines was not only an act of immorality, it was also an act of treason. This was a way for Absalom to not only replace David but to completely repudiate his father.

Just like everyone else, Absalom followed Ahithophel’s advice completely. Our text says, “they pitched a tent for Absalom on the top of the house, and Absalom went in to his father’s concubines.” This disgraceful act says a lot about Absalom, who actually did it. It also says a lot about Ahithophel, who must have had a strange sense of satisfaction in seeing David’s women violated the in a similar way to how his granddaughter Bathsheba was violated.

This shows the power of bitterness. Ahithophel was willing to see these women abused, to see Absalom grievously sin, and to see the kingdom of Israel suffer greatly simply to satisfy his longing for bitter revenge. Ahithophel had a well-deserved reputation for giving counsel almost as good as God. But in this case his counsel was foolish and destructive.

– It was foolish and destructive because God answered David’s prayer (2 Samuel 15:31) by prompting Ahithophel to give this foolish counsel, and for Absalom to take the counsel

– Most of all, it was foolish and destructive because it was motivated by bitterness. Bitterness has the power to turn our best qualities sour.