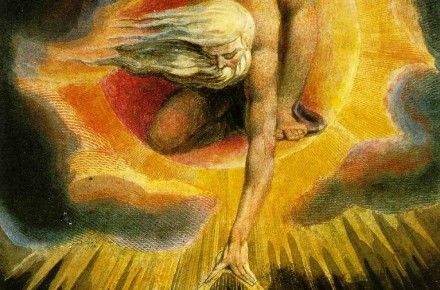 “I believe in God the Father Almighty, maker of heaven and earth.”

That line, the opening of the enduring Apostle’s Creed, tells us several important things about God. First, that God is a loving and caring Father. Second, that He is a sovereign and Almighty God. Finally, it tells us that He is the “maker of heaven and earth.” That’s a basic place to begin. God is the Creator. He made heaven and earth and everything in it. And if God is the “maker of heaven and earth,” then we must forever put away the idea that anything is made by chance. “Chance” merely describes the statistical probability of something happening. Chance itself can “do” or “make” nothing.

People who are genuinely intelligent often fall into the mistake of thinking “chance” can make something. Jacques Monod, a famous biochemist, wrote: “Chance alone is at the source of every innovation, of all creation in the biosphere. Pure chance, absolutely free but blind, at the very root of the stupendous edifice of evolution.” Yet giving such power to “chance” doesn’t make sense. Chance has no power. For example, when a coin is flipped, the chance it will land “heads” is 50%. However, “chance” does not make it land heads. Whether or not it lands heads or tails is due to the strength with which the coin is flipped, the power of air currents and air pressure as it flies through the air, where it is caught, and if it is flipped over once it is caught. Chance doesn’t “do” or “make” anything. It only describes probability.

Years ago, when the late Carl Sagan petitioned the United States government for a grant to search for intelligent life in outer space, how did he hope to find it? He used a super sensitive instrument to pick up radio signals from distant space, and then he looked for order and pattern in the signals – which would demonstrate they were transmitted by intelligent life. In the same way, the order and pattern of the whole universe demonstrates that it was fashioned by intelligent life, not by “chance.” Scientists detect “chance” in the radio signals constantly (in the form of static with no order or pattern), but the static tells them nothing.

Therefore, when someone says the universe or anything else came about by chance, they probably just haven’t thought through that aspect of the issue, and simply repeat a line they have heard before. Only an intelligent designer could create a just-right universe, not “chance,” and our universe is a just-right universe.

The universe has a just-right average distance between the stars. If it were larger, the heavy element density would be too thin for rocky planets to form, and there would only be gaseous planets. If it were smaller, planetary orbits would become destabilized.

The Only One
Scroll to top