Now these are the last words of David. Thus says David the son of Jesse; thus says the man raised up on high, the anointed of the God of Jacob, and the sweet psalmist of Israel: “The Spirit of the Lord spoke by me, and His word was on my tongue. The God of Israel said, the Rock of Israel spoke to me: ‘He who rules over men must be just, ruling in the fear of God. And he shall be like the light of the morning when the sun rises, a morning without clouds, like the tender grass springing out of the earth, by clear shining after rain.’” (2 Samuel 23:1-4)

The closing chapters of 2 Samuel include a few choice Psalms from David. This last psalm is a beautiful song of wisdom from David at the end of his life. In just a few words he explains God’s benefits, he confesses his sins, professes his faith, comforts himself in the covenant, and announces destruction to unbelievers. This is a whole lot in a little composition.

This last Psalm of David begins the with preface, “These are the last words of David.” It isn’t that these were the words David spoke from his deathbed, but they do express his heart and longing at the end of his life. What a life his was – we have a capsule of David’s life in the titles and descriptions of 2 Samuel 23:1. David calls himself: 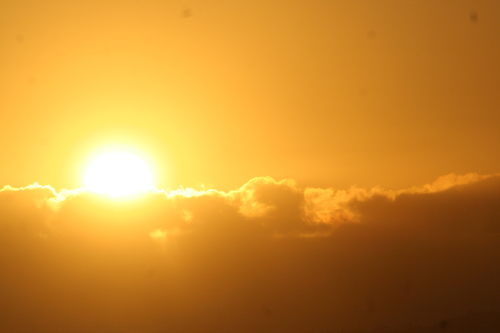 In this Psalm David looked back and thought about his reign. “He who rules over men must be just.” As David looked back over his life and reign, he was struck by the great need for rulers to exercise justice. He knew this by seeing the goodness of justice provided and the curse of justice denied.

Then David reflected on how a wise ruler is blessed when he rules with justice. He wrote, “He shall be like the light of the morning.” When David looked back on his reign, he saw lots of blessing and light. Though David’s reign was not perfect it was blessed – and his reign is the one most identified with the reign of the Messiah.

From one perspective David’s reign was a disaster. He suffered from a dark scandal during his reign; he suffered under repeated family crises, under revolt from his own son, under another civil war, and from three years of famine. In contrast to David, his son Solomon’s reign seemed perfect. Solomon enjoyed a reign of peace, great prosperity, prominence, and glory.

The difference between David and Solomon is found in their different relationships with God. David’s passion in life was simply to be with God. He showed this heart in Psalm 16:11: In Your presence is fullness of joy; at Your right hand are pleasures forevermore. Or again in Psalm 21:6: For You have made him most blessed forever; You have made him exceedingly glad with Your presence. David longed for the presence of God, while Solomon’s passion was personal improvement (1 Kings 3:4-15). We can also say that David endured to the end, loving and serving God in the final chapters of his life (2 Samuel 23:1-7), while Solomon forsook God in his later years (1 Kings 11:4-8).