Paul prayed Christians in the ancient city of Colosse, and in part of his prayer there is something of a meditation upon who Jesus is. There were some problems in the way the Colossians thought about Jesus, so Paul was concerned to tell them the truth.

One remarkable truth about Jesus is that He was and is the Creator. Paul wrote: For by Him all things were created. There is no doubt that Jesus is the author of all creation. He Himself is not a created being. When we see the wonder and the glory of the world Jesus created, we worship and honor Him all the more. 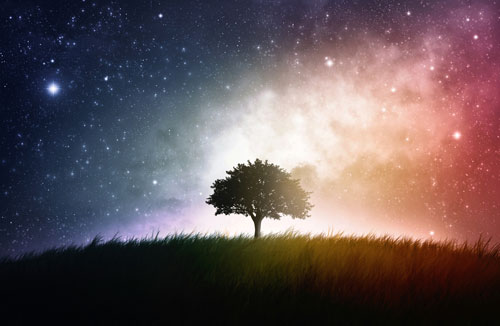 Comets have vapor trails up to 10,000 miles (16,000 kilometers) long. If you could capture all that vapor, and put it in a bottle, the amount of vapor actually present in the bottle would take up less than 1 cubic inch (16 cc) of space. Jesus created that.

The earth travels around the sun at a speed about eight times the speed of a bullet fired from a gun. Jesus created that.

There are more insects in one square mile (2.6 square kilometers) of rural land than there are human beings on the entire earth. Jesus created that.

A single human chromosome contains twenty billion bits of information. How much information is that? If written in ordinary books, in ordinary language, it would take about 4,000 volumes. Jesus created that.

According to Greek scholar A.T. Robertson, all things were created has the idea of “stand created” or “remain created.” Robertson adds: “The permanence of the universe rests, then, on Christ far more than on gravity. It is a Christ-centric universe.”

It’s a great thought – that the universe is centered on Jesus. It’s even more appropriate that we recognize Him as the center of our life. As both our Creator and Redeemer, He deserves to be the center.