David’s confession is an example for all of us: I have sinned against the Lord. He placed the blame squarely on his own shoulders. He did not minimize his offence. David realized that he especially sinned against God.

In the original Hebrew, David’s statement “I have sinned against the Lord” amounts to only two words: hata al-Yahweh. These two words, and the heart they reflect, show the fundamental difference between David and Saul. If you compare David’s confession here to King Saul’s confession in 1 Samuel 24:16-21, you see that Saul was eloquent with words in his confession but not sincere in his heart. Confession doesn’t need to be long to be real and sincere.

I like how the famous German commentators Keil and Delitzsch said it: “The words are very few, but that is a good sign of a thoroughly broken spirit. There is no excuse, no hiding, no concealment of the sin. There is no searching for a loophole, no pretext put forward, no human weakness pleaded. He acknowledged his guilt openly, candidly and without any denial of truth.” 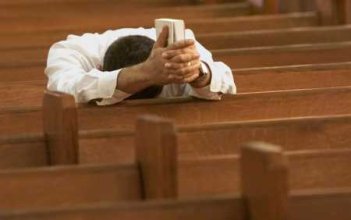 This was an exceptionally good response from a man of David’s standing in life. When confronted with sin, kings often say, “Off with their head.” David proved that God was working on his heart all along, and Nathan’s confrontation was simply the last piece of that work. Other kings would have killed Nathan and gone their way, but not the man after God’s heart.

Look at the confession word-by-word:

– I: David spoke of himself. It isn’t “we” though it was true that he was not the only sinner. Yet David knew that he had to deal with his sin. David shows personal responsibility for his sin.

– Have sinned: David didn’t use elaborate or soft vocabulary. He “sinned.” It wasn’t a mistake, an error, a mess-up, an indiscretion, or a problem. It was sin.

After meditation, David more eloquently expressed his repentance in Psalm 51:

Have mercy upon me, O God, according to Your lovingkindness; according to the multitude of Your tender mercies, blot out my transgressions. Wash me thoroughly from my iniquity, and cleanse me from my sin. For I acknowledge my transgressions, and my sin is ever before me. Against You, You only have I sinned, and done this evil in Your sight – that You may be found just when You speak, and blameless when You judge. . . . For You do not desire sacrifice, or else I would give it; You do not delight in burnt offering. The sacrifices of God are a broken spirit, and broken and contrite heart – these, O God, You will not despise. (Psalm 51:1-4; 16-17) Click here for more on Psalm 51.

David’s awareness of sin, desire for cleansing, recognition of God’s righteous judgment, and understanding of what God wants are each clear in Psalm 51. Through it all, David found wonderful restoration. He admitted he was lost, and knew that God came to seek and save the lost. He knew that he was a sinner, and he found that God came to save sinners, not the righteous. David found great peace and resolution in his being completely candid with God. Today, a loving God gives a great opportunity to get real before Him – take the opportunity.

The Apostles’ Creed
Scroll to top