Now when Ahithophel saw that his advice was not followed, he saddled a donkey, and arose and went home to his house, to his city. Then he put his household in order, and hanged himself, and died; and he was buried in his father’s tomb. (2 Samuel 17:23)

When I was a boy, one little proverb around our home was “don’t cry over spilled milk.” The idea is that it’s foolish to over-react to small or common problems. It might seem that Ahithophel over-reacted when his advice was not followed. Yet he did not kill himself over hurt feelings because his counsel was rejected. He was wise enough to know the rejection of his advice meant the eventual ruin of Absalom, the traitor king whom Ahithophel supported. He knew that the alternative plan suggest by Hushai was certain to fail and when it did Ahithophel would be implicated in the conspiracy. 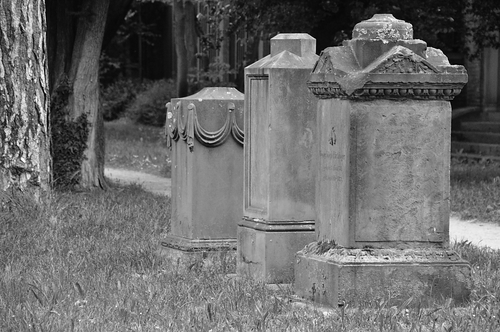 First, we remember that suicide is a sin because it is self-murder and God commanded, you shall not murder (Exodus 20:13). Yet suicide should not be regarded as the greatest sin or the unforgivable sin. Anyone who does commit suicide has given in to the lies and deceptions of Satan, whose purpose is to kill and destroy (John 10:10). G. Campbell Morgan wisely observed, “Suicide is always the ultimate action of cowardice. In the case of Saul, and in many similar cases, it is perfectly natural; but let it never be glorified as heroic. It is the last resort of the man who dare not stand up to life.”

Second, we have something remarkable in this verse – the foolishness of a very wise man. Though Ahithophel was rightly regarded as a wise man, and the end of his life he showed himself to be a fool. Again we notice our text says, “He put his household in order, and hanged himself.” The first part of the sentence tell us that Ahithophel was a prudent man who planned for the future; the second part of the sentence shows that he was a fool who thought nothing of eternity. This was a strange mixture of discretion and desperation, a mix of mental clarity and muddled madness. It shows how a man can have the wisdom to arrange his worldly affairs and yet be fool enough to take his own life afterwards. There is no reward in being the wisest man in this life to end up unprepared for eternity.

If you think this tendency is only found in those desperate to take their own life, think of all those who show the same madness in smaller ways. Charles Spurgeon spoke of this: “Thousands set their houses in order, but destroy their souls; they look well to their flocks and their herds, but not to their hearts’ best interests. They gather broken shells with continuous industry, but they throw away priceless diamonds. They exercise forethought, prudence, and care everywhere but where they are most required. They save their money, but squander their happiness; they are guardians of their estates, but suicides of their souls.”

You probably know some smart and successful people. They gained success by their hard work and diligent attention to business. Yet they seem to care nothing – nothing – about their spiritual condition or their standing before God. They carefully research every investment yet carelessly abandon themselves to the most foolish and destructive spiritual information.

In a small or great way, is this you? Do you make a more diligent and regular inventory of your bank accounts than of your spiritual condition? We should dedicate ourselves to the prayer, “Lord, make me wise in the things that really matter.”

The Son Sets Free from Sin Scroll to top