Psalm 2 – The Reign of the LORD’s Anointed

Like many psalms, the theme of Psalm 2 is emphasized in the final verse. We can defy God and perish, or we can surrender to Him and be blessed. The psalm itself does not identify its author, but Acts 4:25-26 clearly attributes it to David.

A. The rage of nations and the laugh of God.

Why do the nations rage,
And the people plot a vain thing?
The kings of the earth set themselves,
And the rulers take counsel together,
Against the LORD and against His Anointed, saying,
“Let us break Their bonds in pieces
And cast away Their cords from us.”

a. Why do the nations rage: The psalmist seems genuinely mystified. The nations have no reason to rage against God, and they have no benefit in raging against Him. Their opposition against God is nothing but a vain thing.

b. The rulers take counsel together: Since the time of Babel, men have continued to band themselves together against God. Their mistaken belief is that two or more men united against God have a better chance than one man set against God.

i. “To a graceless neck the yoke of Christ is intolerable, but to the saved sinner it is easy and light…. We may judge ourselves by this, do we love that yoke, or do we wish to cast it from us?” (Spurgeon)

He who sits in the heavens shall laugh;
The LORD shall hold them in derision.
Then He shall speak to them in His wrath,
And distress them in His deep displeasure:
“Yet I have set My King
On My holy hill of Zion.”

a. He who sits in the heavens shall laugh: God looks at the way man plots against Him and He laughs. God isn’t afraid or confused or depressed about the opposition of man. God laughs at it.

i. God laughs because He sits in the heavens. He sits as the Great King on a glorious throne. He isn’t pacing back and forth in the throne room of heaven, wondering what He should do next. God sits in perfect peace and assurance.

ii. God laughs because He sits in the heavens. It isn’t an earthly throne He occupies; it is the throne of heaven with authority over all creation. What does heaven have to fear from earth?

iii. “God does not tremble. He does not hide behind a vast celestial rampart, counting the enemy and calculating whether or not he has sufficient force to counter this new challenge to his kingdom. He does not even rise from where he is sitting. He simply ‘laughs’ at these great imbeciles.” (Boice)

b. The LORD shall hold them in derision: Through the centuries, many have opposed God and His Kingdom in Jesus Christ. Each one of these opponents shall be frustrated and crushed.

i. A famous example of an opponent of Christianity was the Roman Emperor Diocletian (reigning A.D. 284-305). He was such a determined enemy of Christians that he persecuted the church mercilessly, and fancied that he had defeated Christianity. He ordered the making a medal with this inscription: “The name of Christianity being extinguished.”

ii. Diocletian also set up two monuments on the frontier of his empire with these inscriptions:

iii. Diocletian is dead and gone, a footnote on the pages of history. The fame and glory of Jesus Christ is spread over all the earth. The LORD shall hold them in derision.

c. He shall speak to them in His wrath: God laughs in heaven, but He doesn’t remain inactive. He laughs, but He doesn’t only laugh. Before He acts against defiant mankind, He first speaks to rebellious humanity.

i. This shows the great mercy of God. He has every reason and every right to simply act against defiant men. Love and mercy compel God to speak a word of warning before He acts.

d. I have set My King on My holy hill of Zion: God wants defiant mankind to know that He has established a King. The defiant men closest in view in the psalm are kings and rulers, and God especially wants them to know there is a King greater than they are. God’s King is established (set), and established in Jerusalem (Zion).

B. God’s decree to the nations.

“I will declare the decree:
The LORD has said to Me,
‘You are My Son,
Today I have begotten You.
Ask of Me, and I will give You
The nations for Your inheritance,
And the ends of the earth for Your possession.
You shall break them with a rod of iron;
You shall dash them to pieces like a potter’s vessel.’”

b. You are My Son, today I have begotten You: The LORD’s Anointed recalls what God the Father spoke to Him, identifying Him as the Son of the Father and emphasizing His standing as begotten of the Father.

i. The writer to the Hebrews quotes this passage in Hebrews 1:5 as evidence of the deity of Jesus and superiority to all angels. He mentions the more excellent name Jesus received, greater than all the angels. This is the “name” Son. While angels are sometimes called the sons of God in a generic sense (Job 1:6), the Father never said “My Son” to any angel in a specific sense. That is reserved for God the Son, the Second Person of the Trinity.

ii. Begotten is also an important idea, as a contrast to created. Jesus was not created; rather He created everything that was created (Colossians 1:16-17). Begotten describes a relationship between two beings of the same essential nature and being, but we create things of a different essential being and nature than ourselves. A man creates a statue but begets a child.

c. I will give You the nations for Your inheritance: The LORD’s Anointed holds the nations as His inheritance. He will rule over all nations and all judgment is committed to Him (John 5:22).

i. Revelation 11:15 describes an exciting consummation of this inheritance: Then the seventh angel sounded: And there were loud voices in heaven, saying, “The kingdoms of this world have become the kingdoms of our Lord and of His Christ, and He shall reign forever and ever!”

d. You shall break them with a rod of iron: The LORD’s Anointed has such power over the nations that they are like clay pots that he can shatter with a blow from a rod of iron. This shows why it is so foolish for the nations to defy the LORD and His Anointed. There is no reason and no benefit to their defiant opposition.

Now therefore, be wise, O kings;
Be instructed, you judges of the earth.
Serve the LORD with fear,
And rejoice with trembling.
Kiss the Son, lest He be angry,
And you perish in the way,
When His wrath is kindled but a little.
Blessed are all those who put their trust in Him.

a. Be wise, O kings: After the words of warning from the LORD’s Anointed, the psalmist counsels the kings of the earth to give up their foolish defiance of the LORD.

b. Serve the LORD with fear, and rejoice with trembling: The psalmist calls the kings of the earth to surrender to God, giving Him proper reverence. In this submitted, surrendered place they can rejoice – yet with appropriate trembling.

c. Kiss the Son: This primarily has in mind the kiss of submission, where a dignitary receives the humble kiss of an inferior. It also hints at the affection God wants in relationship to Him. God wants us to recognize our proper place before Him, but to also rejoice in Him and be affectionate in our relationship.

i. “Kissing was the token of subjugation and friendship.” (Clarke)

d. Blessed are all those who put their trust in Him: Those who defy God are broken, but those who depend on Him are blessed. The psalmist leaves the choice with everyone: broken or blessed? 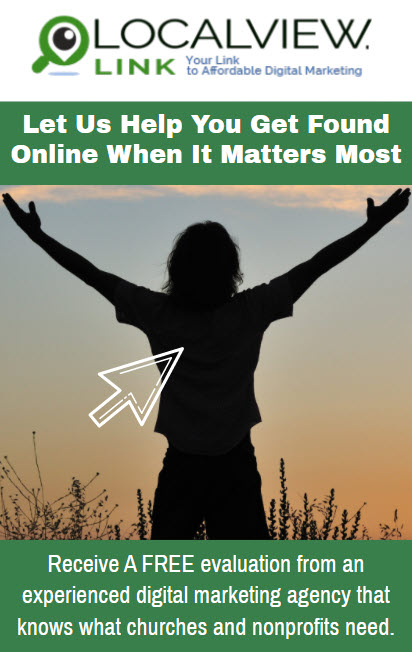