Numbers 23 – The Prophecy of Balaam

A. The first prophecy.

Then Balaam said to Balak, “Build seven altars for me here, and prepare for me here seven bulls and seven rams.” And Balak did just as Balaam had spoken, and Balak and Balaam offered a bull and a ram on each altar. Then Balaam said to Balak, “Stand by your burnt offering, and I will go; perhaps the Lord will come to meet me, and whatever He shows me I will tell you.” So he went to a desolate height.

And God met Balaam, and he said to Him, “I have prepared the seven altars, and I have offered on each altar a bull and a ram.” Then the Lord put a word in Balaam’s mouth, and said, “Return to Balak, and thus you shall speak.” So he returned to him, and there he was, standing by his burnt offering, he and all the princes of Moab.

a. Then the Lord put a word in Balaam’s mouth: We might be surprised that God spoke to and through someone as obviously wicked as Balaam. But this shows us that spiritual giftedness does not equal spiritual maturity or holiness of life. God spoke through a donkey in the previous chapter and now He spoke through a bigger donkey.

And he took up his oracle and said:

“Balak the king of Moab has brought me from Aram,
From the mountains of the east.
‘Come, curse Jacob for me,
And come, denounce Israel!’
“How shall I curse whom God has not cursed?
And how shall I denounce whom the Lord has not denounced?
For from the top of the rocks I see him,
And from the hills I behold him;
There! A people dwelling alone,
Not reckoning itself among the nations.
Who can count the dust of Jacob,
Or number one-fourth of Israel?
Let me die the death of the righteous,
And let my end be like his!”

a. Come, curse Jacob for me, and come, denounce Israel: God knew exactly what Balak wanted. He wanted a spiritual curse on Israel so that they could be defeated in battle.

b. How shall I curse whom God has not cursed? Yet, Balaam or any other prophet could not curse Israel if God had not cursed them. Therefore, Balak’s money was wasted.

c. Who can count the dust of Jacob, or number one-fourth of Israel? Instead, through Balaam God promised to bless Israel by making them a singular nation and blessing them with great size.

Then Balak said to Balaam, “What have you done to me? I took you to curse my enemies, and look, you have blessed them bountifully!” So he answered and said, “Must I not take heed to speak what the Lord has put in my mouth?”

a. What have you done to me? The king of Moab was understandably disturbed. He paid good money for a particular outcome, and the opposite happened.

b. Must I not take heed to speak what the Lord has put in my mouth? Perhaps Balaam was disappointed also. It isn’t hard to sense a note of sorrow in this response of his. After all, he wanted to please his employer.

B. The second prophecy.

Then Balak said to him, “Please come with me to another place from which you may see them; you shall see only the outer part of them, and shall not see them all; curse them for me from there.” So he brought him to the field of Zophim, to the top of Pisgah, and built seven altars, and offered a bull and a ram on each altar. And he said to Balak, “Stand here by your burnt offering while I meet the Lord over there.” Then the Lord met Balaam, and put a word in his mouth, and said, “Go back to Balak, and thus you shall speak.” So he came to him, and there he was, standing by his burnt offering, and the princes of Moab were with him. And Balak said to him, “What has the Lord spoken?”

Then he took up his oracle and said:

“Rise up, Balak, and hear!
Listen to me, son of Zippor!
God is not a man, that He should lie,
Nor a son of man, that He should repent.
Has He said, and will He not do?
Or has He spoken, and will He not make it good?
Behold, I have received a command to bless;
He has blessed, and I cannot reverse it.
“He has not observed iniquity in Jacob,
Nor has He seen wickedness in Israel.
The Lord his God is with him,
And the shout of a King is among them.
God brings them out of Egypt;
He has strength like a wild ox.
“For there is no sorcery against Jacob,
Nor any divination against Israel.
It now must be said of Jacob
And of Israel, ‘Oh, what God has done!’
Look, a people rises like a lioness,
And lifts itself up like a lion;
It shall not lie down until it devours the prey,
And drinks the blood of the slain.”

a. Rise up Balak, and hear: In this message, God rebuked Balak, and taught him about the Divine nature, that He is not a man, that He does not lie or change His mind, that He always performs His word, and that He has all strength.

b. He has not observed iniquity in Jacob nor has He seen wickedness in Israel: God also taught Balak about the people of God, Israel. He taught them that they were blessed, that they were walking in purity, that God was with Israel, had brought them out of Egypt, had protected them against all sorcery and divination, and that He would see them through to victory.

c. He has strength like a wild ox: The phrase wild ox (Numbers 23:22 and 24:8) is translated “unicorn” in the KJV. The Hebrew word here (reem) occurs nine times in the Old Testament. The idea behind the Hebrew word is either of one horn or a mighty horn. Some think it refers to a rhinoceros, others to a wild ox, or a strong goat. It is not out of the question that a unicorn may be in mind.

Then Balak said to Balaam, “Neither curse them at all, nor bless them at all!” So Balaam answered and said to Balak, “Did I not tell you, saying, ‘All that the Lord speaks, that I must do’?”

a. Neither curse them at all, nor bless them at all: Balak was very frustrated and essentially said, “If you can’t curse them, then at least don’t go and bless them!” 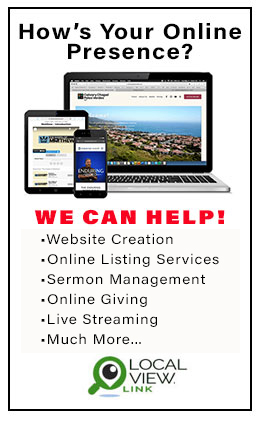