A. The spiritual and practical preparation of the army.

When you go out to battle against your enemies, and see horses and chariots and people more numerous than you, do not be afraid of them; for the LORD your God is with you, who brought you up from the land of Egypt.

b. Do not be afraid of them: Despite the clear danger, they also had a clear command from God to not fear. Israel was commanded to not fear what any logical military man would fear: superior numbers, superior technology, and superior equipment.

i. As Paul said it in Romans 8:31: If God is for us, who can be against us? One with God makes an unbeatable majority.

d. Who brought you up from the land of Egypt: Israel was also given evidence for faith. God didn’t ask Israel to have a “blind” trust in Him. They could trust Him as they went into battle because He had proven Himself mighty and faithful before. He had a track record which could be trusted.

2. (2-4) The command to encourage people before battle.

So it shall be, when you are on the verge of battle, that the priest shall approach and speak to the people. And he shall say to them, “Hear, O Israel: Today you are on the verge of battle with your enemies. Do not let your heart faint, do not be afraid, and do not tremble or be terrified because of them; for the LORD your God is He who goes with you, to fight for you against your enemies, to save you.”

a. When you are on the verge of battle: At this critical time, it was the job of the priest to encourage the soldiers to trust in God. Though the priests were not normally to go into battle themselves (they were not numbered among the fighting men of Israel, Numbers 1:47-53), the priests still had an important job when Israel went to war – to spiritually teach and encourage the soldiers!

b. The LORD your God is He who goes with you, to fight for you against your enemies, to save you: This was the reason for courage. When Israel was obedient, and trusting in God, they could never lose. But when they were disobedient, or not trusting, they could never win – even if they had superior forces.

a. What man is there who has built a new house and has not dedicated it: God first told the officers of the army of Israel to send home all the soldiers who had unfinished business at home: a home he has not used, a vineyard he has not harvested, or an engaged woman he has not married – let them go home.

c. When the officers have finished speaking to the people: God was perfectly willing to use those who were left after the officers had excused all of those under the previous two conditions. Both of these exemptions – remarkable among any army – were a powerful testimony that Israel trusted in God for military victory, not in their own ability to raise a mighty, large army.

i. To God, the size of the army wasn’t important; the heart of the army was far more important. He didn’t want people who might be distracted from the real battle by worrying about the cares of everyday life (their home, their vineyard, their fiancée’); nor did He want people who were not really trusting Him. God could do more through a smaller army that was really committed to Him than through a bigger army that was full of compromise.

d. Make captains of the armies to lead the people: God commanded that His army have leadership. No matter how good the soldiers were, they needed to have good leadership.

B. Instructions for battle.

It is important to note that God gave instructions to Israel on how to conduct war. There are, in God’s way of doing things, rules for war. It cannot be conducted in any way conceivable or in any way that might bring victory. These principles are reflected in the ancient Christian teachings regarding just war.

When you go near a city to fight against it, then proclaim an offer of peace to it. And it shall be that if they accept your offer of peace, and open to you, then all the people who are found in it shall be placed under tribute to you, and serve you.

a. When you go near a city to fight against it: The following verses describe the normal battle procedures for Israel. There were many times when God gave specific instructions which would supersede these normal instructions, such as with the battle of Jericho or the conquest of Canaan in general.

b. Proclaim an offer of peace: It was important that Israel did not fight unnecessarily. If the city would agree to terms of peace, then they should come to an agreement.

c. It shall be placed under tribute to you: The conquered city would be made a tribute city to Israel, subservient to the nation of Israel.

Now if the city will not make peace with you, but makes war against you, then you shall besiege it. And when the LORD your God delivers it into your hands, you shall strike every male in it with the edge of the sword. But the women, the little ones, the livestock, and all that is in the city, all its spoil, you shall plunder for yourself; and you shall eat the enemies’ plunder which the LORD your God gives you. Thus you shall do to all the cities which are very far from you, which are not of the cities of these nations.

a. You shall besiege it: Typically, a walled city was conquered by use of the siege. Enemy armies surrounded a city and cut off all their supplies and contact with the outside world. When the city was sufficiently weakened through hunger or thirst, they either surrendered or were conquered. Sometimes a siege would last for years.

i. There are a few horrific sieges described in the Scriptures, such as a siege of Samaria in 2 Kings 6:24-33.

b. You shall strike every male: It was simply understood in the ancient world that any surviving male would be a perpetual enemy of the people who had conquered his city. Prisoners of war were often not taken in ancient warfare; enemies were simply killed.

c. You shall plunder for yourself: Plunder provided the wages for the army in ancient warfare and underwrote the expenses for the battle.

a. You shall let nothing that breathes remain: The previous commands regarding warfare did not apply to the upcoming conquest of Canaan. There, not only was Israel not to offer peace to the cities, but they were also to destroy everything, not only the adult males. This was a unique war of judgment, more than a war of conquest or defense.

b. Lest they teach you to do according to their abominations which they have done for their gods: This explains why such a complete destruction was commanded. The culture of the Canaanites was so corrupt – socially, morally, and spiritually – that God considered it irredeemable, and ripe for judgment. In this unique war, the armies of Israel were to bring that judgment upon the Canaanites.

When you besiege a city for a long time, while making war against it to take it, you shall not destroy its trees by wielding an ax against them; if you can eat of them, do not cut them down to use in the siege, for the tree of the field is man’s food. Only the trees which you know are not trees for food you may destroy and cut down, to build siegeworks against the city that makes war with you, until it is subdued.

a. When you besiege a city for a long time: When an army surrounded a city during a siege, the army would forage around the countryside for supplies. Needing wood for building and fuel, it would be common for the besieging army to cut down trees in the area around the city.

b. Only the trees which you know are not trees for food you may destroy and cut down: However, God commanded Israel against cutting down trees for food when they besieged a city. They had to take a long-term view (one good for the ecology) and see that their immediate need for wood was less important than the long-term good of the area. 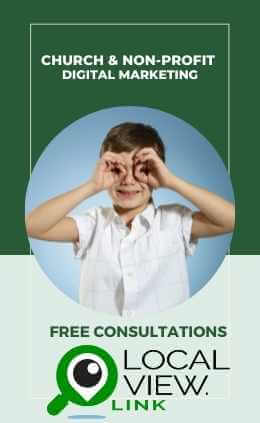